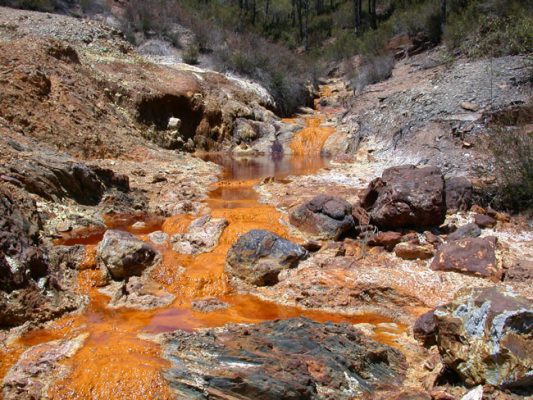 Closure of mines like Mhangura, Gaths Mine, Shabanie Mine, Kamativi Tin mine, just to mention a few, which were once sources of livelihood and a pillar for many families and the economy at large has caused a variety of problems to the once-prosperous mining communities.

Against the background of a successful operating mining industry which at its pick was sustaining the whole of Zimbabwe cementing its position as one of the most economically gifted nations in Africa, Zimbabwe’s shutdown mines have become a major stumbling block for the nation to embrace its vision towards economic revival.

According to a popular discourse that has been trending in the mining industry in Zimbabwe, the perception to improve the economy for the citizens lies in the mining industry particularly to the majority of Zimbabweans who live near areas with mineral deposits. As such closed mines in Zimbabwe, have made life difficult for people who live in such areas. The closure of mines like Mhangura, Gaths Mine, Shabanie Mine, Kamativi Tin mine, just to mention a few, which were once sources of livelihood and a pillar for many families and the economy at large has caused a variety of problems to the once-prosperous mining communities.

For example, Shabanie and Gaths Mines had shares in Firstel, FBC Bank, Costco, Tube and Pipe industries, Turnal and Fiber Cement, PG AND Maskew industries and a cotton ginnery in Gokwe. The fall of these giant mines saw the closure and downfall of the mentioned once big and popular firms. This has a negative effect on the economy of Zimbabwe up to date.

The fall of sporting activities

Many Mines in Zimbabwe sponsored sports through The Chamber of Mines. With the closure of the mines, the majority of the teams and clubs were disbanded, thus a loss of yet another source of livelihood. For example, Gaths Mine had one of the biggest sporting stadia in Zimbabwe for athletics, Netball, soccer, volleyball, cycling among others, however, the stadium is now a sorry state with the community now using it as a paddock for their cattle. With the closure of these mines in Zimbabwe, sports in actual fact was seriously affected, however, the coming of platinum mines like Zimplats have seen football re-emerging.

Children in most towns with closed mines where mineral deposits are still found have dropped out of school, opting to search for mineral deposits selling them at low prices as a way to fend for their families. This causes a significant reduction in the literacy level of multitudes of affected children.

The Great Dyke mineral belt has turned school children into artisanal gold miners trying to create jobs for themselves as a way to move on with life.

Recently a Guruve primary schoolgirl 11, died after being trapped in a disused mine shaft while mining gold.

“More awareness campaigns need to be undertaken by stakeholders in the area on disaster risk management, child labour and child protection as well as guidance and counselling. These need to be undertaken at all possible fora, the death of one pupil is one too many.” Guruve district school’s inspector Pinias Dambuza said expressing
shock.

Due to economic hardships in Zimbabwe, children as young as 12 are engaged in prostitution particularly in mine areas where major mines were closed and now small scale and artisanal mining activities are taking place. There is a high increase rate of prostitution in areas where mines have shut down. This lack of income results in women and young ladies resorting to selling their bodies just to let ends meet.

This shows that the shutdown mines are leading to the deterioration of societal values as people are searching for any means possible to take make ends meet.

Prostitution has increased in areas like Mazoe where there is rampant gold panning. More so, it is sad that girls from the age of 13-22 are the most active in the world’s oldest profession. Some engage in harlotry because their fellow colleagues are doing so.

Shutdown mines are to a greater extent, putting people’s lives at great risk. For example, people and animals in the
Mashava area (Gaths Mine) are at risk of falling into open pits that were just left after extraction of minerals.

The open pits overlook the area where small scale mines operate, thereby distracting the beauty of a community in particular and the nation as a whole.

One mining specialist from the Community Water Alliance, Hardlife Mudzingwa indicated to Mining Zimbabwe that closed mines are creating more opportunities for the small-scale miner, but some problems arise due to their unmonitored activities which are leading to contamination of water for the community.

He said “Small scale miners who use mercury, sulphuric acid and cyanide are leading to the contamination of water” “This is leading to water-borne diseases, as such the EMA must look towards those areas and educate the miners in as far as a good purification process to the miner”

“Many animals who live in water are affected, hence die”

A lot of minerals are not fully utilised as a way to build up the country’s economy due to the long-shut mines. Mhangura mine shut down but still has a lot of copper which can contribute to the economy and help local and Zimbabwean majority with job opportunities.

Shabani mine also is sitting on loads of asbestos which can aid in reviving Zimbabwe’s economy in this era where the nation is moving towards embracing devolution.

Ex-Wenela miners in line for compensation

Thus, the closing of mines has put a lot of families at risk since miners lost their jobs, as well as the nation losing foreign currency.

Towns with closed mines have declined in terms of peoples living standards because of a number of reasons:

The issue of resettling the once so-called miners has become a problem in areas with closed mines. Miners feel that it’s not easy to just pack and go major reason being that the mines still owe them. This can be seen through Mashava, Gaths mine have closed but the workers are still there claiming that they cannot leave until they have been paid.

According to the workers, the situation is now so bad as they cannot afford to raise money for school fees and even basic goods.

One former miner said “we have pleaded with the government that the company is failing to pay us our pensions and salaries, but nothing has come into fruition”

Shutdown mines have troubled their former employees looking at the Kusena diamond mine which was owned by ZMDC. The mine closed while some workers were on leave.

Speaking to one representative of the mine, Gilbert Kusena he said “we have been troubled by this former mine as they are refusing to pay us since 2011 up to now”

The government must take into consideration that closed mines have haunted and continue to haunt the majority
of former workers lives. As much as Zimbabwe is facing an unprecedented time economically in many years, former
workers hope one day promises of reopening will be fulfilled.