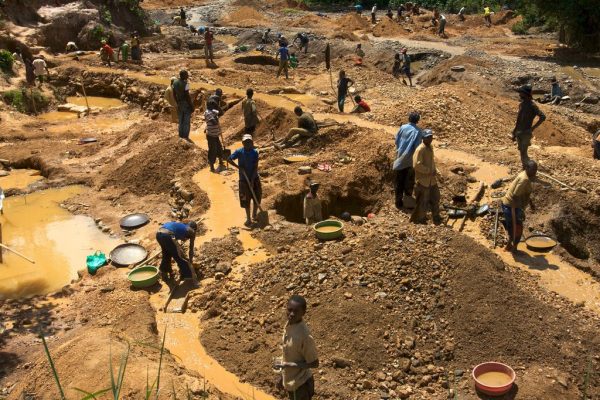 TWO illegal gold panners died Monday while another was seriously injured and hospitalised after a shaft they were working in collapsed at a Banket farm.

The illegal prospectors had allegedly dug pits in search of gold at ID Farm situated six kilometres from Banket, along the Mazvikadei Resort Road.

The farm is owned by former deputy attorney-general, Florence Ziyambi, who is battling to remove illegal panners from the property.

The two fatalities occurred a few days after the farm had become the epicentre of a gold rush.

Last weekend, illegal gold panners, commonly known as makorokoza, descended on the disputed farm in search of the precious mineral, before a truckload of anti-riot police officers with dogs was deployed on Saturday evening.

Tear smoke canisters were thrown to disperse the hordes of illegal prospectors while police dogs were also unleashed on the panners.

According to villagers in the area, police officers took advantage of the chaos, and looted gold ore which they loaded onto their truck before a decision was made to allow some panners back onto the scene to share the loot.

“These police officers are so corrupt, so rotten to the core. They were using tear gas canisters to disperse us before loading gold ore onto their truck, but what we are certain about is that the ore will never get to the station as they will take it to mill and share proceeds of their theft,” a source said.

Meanwhile, a tweet by police said as of December 12 this year, a total of 130 people had been arrested under Operation Chikorokoza ngachipere/Isitsheketsha Kasiphele’, and ‘No To Machete Gangs’, bringing the cumulative arrests to 62 739.