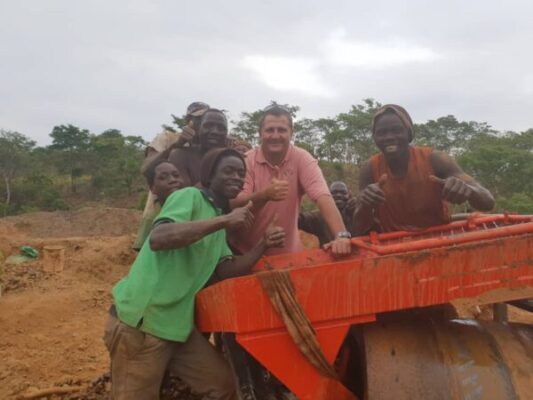 Is it Employee Welfare or Paternalism?

“The Mukorokoza has increasingly captured the interest of the government, international organizations, and private corporations because of its growing role in the national economy and its impacts on society and the environment yet banks and micro-financing sectors have remained skeptical on this sector.”

According to Wayne Williams, founder and Managing Director, of Yagden Engineering, “manufacturers of small scale mining equipment have been overshadowed by the Chinese cheap and non-durable equipment yet banks and the micro-financing sector has not yet woken up to smell the coffee in this lucrative low hanging fruit.”

Asked on how this important sector could be tapped into, Williams further alluded that if Banks and the Micro-Financing sector could hold a mining indaba with the local manufacturers and come up with financing products that are tailor-made specifically for the sector then the underground wealth of this country could be tapped into for the betterment of the country.

The artisanal mining sector also provides new opportunities for private sector partnerships that seek to invest in the production of scarce resources while maintaining a supply chain that is compliant with international standards.

Williams extended that Korokozas are “the best prospectus and scanners of underground minerals for very small financial requirements,” further explaining that these miners do not waste their time if there is no resource available.

Despite the fact that “these Artisanal miners labour under archaic and difficult working conditions and live in extreme poverty, often receiving less than 9% of the retail price of the stones they extract.”

It is argued that if this sector could be formalized in the financial sector Zimbabwe will have an equitable distribution of cash as this sector deals with cash on a day to day basis.

A lack of internal controls leads to disconnected and often illegal mining and prevents miners from acquiring the licenses required to operate within the law, the equipment necessary to increase their gains, and the assets needed to diversify their livelihoods.

Yagden Engineering, located in Msasa Harare and Thorngroove in Bulawayo, are manufacturers of “hammer mills, crushers, separators, conveyor belting, Amalgam Barrels and allied products for the Mukorokoza in Zimbabwe and Africa at large.”

Williams noted that “not surprisingly, miners often become incentivized to mine quickly, sell fast, and rapidly move on to new sites. These practices have devastating economic and environmental consequences, negatively impact on fidelity Gold purchases.”

However, despite the negative and devastating economic and environmental consequences, Yagden Engineering fully supports the Mukorokoza as demonstrated by their commitment to this sector for the past 29 years.

According to Williams, through strengthening tenure security and clarifying property rights resource poverty and conflicts can be reduced significantly while also providing incentives for mitigating environmental impacts of this extractive sector.

“When artisanal and small-scale miners’ rights to prospect and dig are formal and secure, they are more likely to sell through legal channels, enabling the government to track the origin of minerals and prevent them from fueling conflict.”

Mukorokoza or an Artisanal and Small-Scale Miner have a presence in approximately 80 countries worldwide with Africa hosting the majority due to political and economic challenges in individual countries.  Mukorokoza is a subsistence miner who is not officially employed by a mining company but works independently, mining minerals using own resources, usually by hand, and for any business, this is a low hanging fruit.

It is widespread in developing countries such as Zimbabwe that such a hanging fruit is not tapped into due to social, political and economic fears. Though the informal nature and on the whole un-mechanized operation generally results in low productivity, the sector represents an important livelihood and income source for the poverty affected local population. It ensures the existence of millions of families in rural areas of Zimbabwe.

“About 100 million people – workers and their families – depend on artisanal mining compared to about 7 million people worldwide in industrial mining.” Extract from USAID Artisanal and small scale mining.