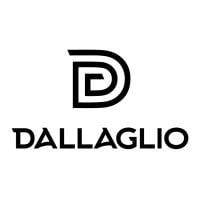 Diversified company, Padenga Holdings’ pivot to gold will get a boost by its listing on the Victoria Falls Stock Exchange (VFEX) particularly with regards to the higher export retention incentive, analysts say.

Emerging challenges and weakness in its crocodile skins businesses compelled Padenga to strategically pivot to gold and the move has been showing upside with the gold subsidiary’s contribution to FY2020’s topline becoming increasingly significant.

According to Padenga’s FY2020 results, Dallaglio (the group’s gold subsidiary) accounted for over half of total revenues since its full consolidation into the group just last year.

The expected higher export retention due to its move to the VFEX will further boost revenues, say analysts at IH Securities.

“Overall revenues for the business are expected to remain on a strong upward trend carried by extension of the gold mining operations as well as higher forex retention once
the migration to the VFEX is complete.

“The proposed transaction to migrate listing to the VFEX is primarily driven by the need to benefit from incentives articulated by the Ministry of Finance (and Economic Development) whereby companies listed on the VFEX will be entitled to higher retention rates of their incremental exports.

“In addition, the listing on the VFEX enables Padenga to raise capital in foreign currency from a deeper investor base to pursue viable acquisitions in related export sectors.”

Padenga resumed trading on the VFEX on Monday, and as expected, trades have been at premium.

Although observers highlight the hard currency benefits for local investors, they also point out the limited liquidity, which comes with listing on the new US dollar denominated bourse.

“The listing will enable shareholders to unlock a ‘real’ US dollar valuation of the business, with capital gains and dividends realisable in hard currency.

“Downside risk is liquidity on the VFEX itself which may potentially create an initial discount on valuation, we however, believe this will resolve itself in the medium term as other companies list on the VFEX.”

With the group taking advantage of the higher export retention incentive that comes with listing on the Victoria Falls Stock Exchange, analysts at IH have forecast revenue foe FY2021 to come in at US$86,81 million.

“We project revenue for FY21 to amount to US$86,81 million. EBITDA is anticipated to be US$27,42 million in FY21, while the EBITDA margin is expected to marginally increase to 32 percent.