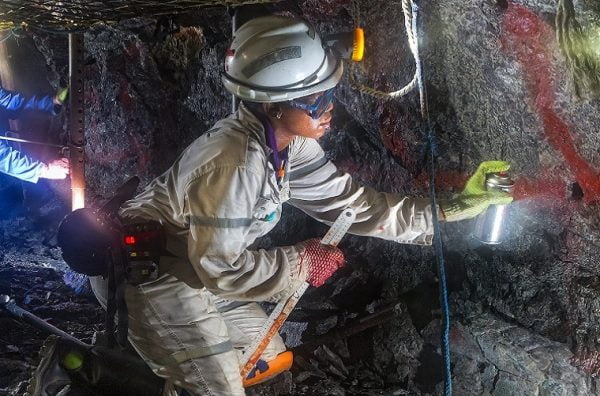 WOMEN in the mining sector say the Covid-19 pandemic has further worsened their plight amid revelations that some unscrupulous individuals were invading their mining claims resulting in theft and vandalism of mining equipment.

The women miners have further revealed that they continue to face gender related challenges and abuse from men.

According to a report from the Pact Institute, a Washington DC-based development non-profit making organisation, women make up 10 percent of Zimbabwe’s 535 000 artisanal and small-scale miners.

In an online presentation on violence in mining areas, Miss Benhlilder Manyewende from Gokwe North said women miners in the area face various forms of abuse. She said even the language used towards women at the mines was usually abusive.

“There are various issues of abuse that women here face. The abuse could be physical, sexual and even emotional whereby human rights are being violated and our culture is being washed away. This results in premature deaths, unplanned marriage plots, rape cases leading to STIs and HIV or Aids,” said Miss Manyewende.

Miss Manyewende said with most mines located near communities, this had resulted in children under the age of 16 years no longer going to school and joining mining.

“Most of the children, girls included too have dropped out of schools and joined the mining field whereby child labour is taking place. They are the ones exploited to do most of the work such as fetching water and digging the pits, but at the end of the day what they are paid is way below the work they would have done,” she said.

Miss Manyewende said there were myths that when a gold miner sleeps with a virgin girl, they would discover more gold on their claims, hence a lot of girls as young as 13 years old were being exploited.

Another woman miner, Miss Primrose Ndlovu from Filabusi said conflicts were the order of the day in their area.

She said even though Filabusi was rich in gold, men would make sure that they are the ones to work at mines and discriminated women who would want to venture into mining.

“It is in rare instances that you find peace in mining areas here in Filabusi. Most of the times there are conflicts and women are the ones who suffer the most from all sorts of abuse that are so unbearable. It becomes hard for these women to survive, whenever they get lucky or hit a belt rich in gold, when men in the community find out these women’s claims are taken away. Even when they report to the police the assistance they get is less,” said Miss Ndlovu.

Meanwhile, Zvishavane women miners are counting losses as their workplaces are being invaded, equipment stolen and mine peggings shifted in their absence.

A member of the Zvishavane Women Miners, Mrs Tsitsi Matumba said female miners were being defrauded of their gold or chrome at both mining sites and milling sites by both the millers and their own workers.

“We are suffering a double blow as Covid-19 situation itself has degenerated our energies while men are taking advantage of our absence to invade our mines. Our mining machinery is being vandalised in our absence and in worst cases mineral ore stolen. Also, when we take our ores to the milling sites, we are facing challenges in that the millers use their own prices to buy our chrome, they also use their weighbridge scaling rates, assay reports are exclusively done by the millers and we strongly feel defrauded in that regard. Under normal circumstances there must be transparency but the millers are monopolising the process,’ said Mrs Matumba.

Ms Mukasiri Sibanda of the Zimbabwe Environmental Law Association (ZELA) says there is need to avail financial support to women miners in Zimbabwe as they are still lagging behind in terms of machinery.

Women miners are finding it difficult to penetrate fully into the lucrative industry. Their challenges revolve around societal opinions on gender equality, exploitation, lack of financial capital, equipment and tools, legal and policy restrictions and lack of adequate support from the government.