The mushrooming of women in the mining sector has led experts to come up with the conclusion that the mining sector in Zimbabwe will be the economic reviver partly due to women’s enthusiasm and hard work towards achieving a certain objective.

Women have taken an active role when it comes to mining matters and the day to day business of the sector. The mining sector which is considered by experts to be the economic resuscitator in Zimbabwe has created women who are powerful in shaping the sector for the benefit of Zimbabwe’s economy.

Women have taken the leading role in companies and organisations that were male-dominated and they are proving to be equally gifted as men and sometimes excel. Below is a list of women who are taking an active impressive role in the mining sector. 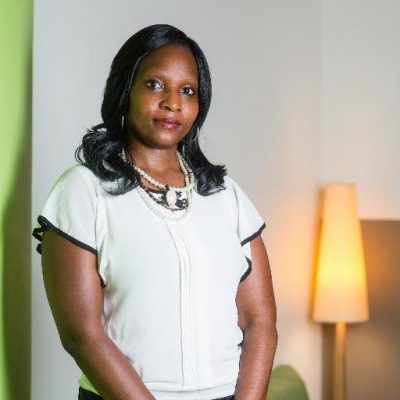 Dr Musaida Mercy Manyuchi who is a director in the Ministry of Mines and Mining Development is a Doctor of Technology in Chemical Engineering and she is currently researching options for using
charcoal material as a sustainable power source in African communities.

She is the Director for Research, Value Addition, and Beneficiation in the Ministry of Mines and Mining Development. Manyuchi is also a board member for the Minerals Marketing Corporation of Zimbabwe. Manyuchi, a Ph.D. holder from the Cape Peninsula University of Technology in South Africa studies sustainability focusing on the water-energy-food nexus. She also has been instrumental in bringing a Nigerian Businessman, Benedict Peters into Zimbabwe. 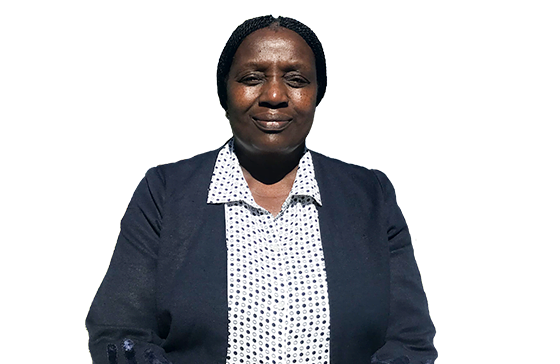 A non-executive director in one of the only four-diamond mining firms in Zimbabwe, Zimbabwe Consolidated Diamond Company (ZCDC).

Muchemwa has over 16 years of experience in diamond exploration, feasibility studies through diamond operations. Mrs. Muchemwa is a qualified geologist with over 30 years of experience in the mining industry in Zimbabwe, Namibia and South Africa and she is currently a consultant with Mrell Consultancy.
She has spent over fifteen years with RioZim and Murowa Diamonds, covering diamond exploration, feasibility studies through mining operations and was part of the leadership team involved in establishing Murowa, from a green field.

She also represented Zimbabwe at World Diamond Council as a member of the Kimberley Process Certification Review team to the Democratic Republic of Congo (DRC) in 2009.

She was the acting Managing Director for Murowa Diamonds Private Limited for nine months (2016) and a Mining Services Manager at Richards Bay Minerals in South Africa. She is the first woman to be elected Chairman of the
Geological Society of Zimbabwe in 2001 and the first to be elected into the Chamber of Mines Presidium as the 2nd Vice President in 2010. Mrs. Muchemwa, holds a BSc General degree in Geology and Botany and a Special Honours degree in Geology, both from the University of Zimbabwe. 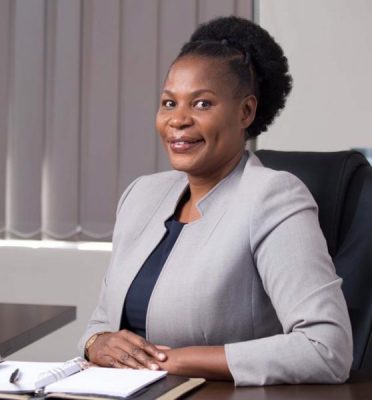 “She is serving as the President of the Chamber of Mines of Zimbabwe.” She is a non-executive director of Zimbabwe Consolidated Diamond Company (ZCDC) Mrs. Nerwande-Chibanda is currently the Head of Corporate Affairs for Mimosa Mining Company.

Mrs. Nerwande-Chibanda was the Executive Director of Consumer Council of Zimbabwe (CCZ) from 1999-2003, CEO for Zimtrade from 2004-2006 and Commissioner General for an Expo in Aichi Japan.Mrs. Nerwande Chibanda holds a Diploma in Social Work (1991) and an Honours degree in Industrial Psychology. 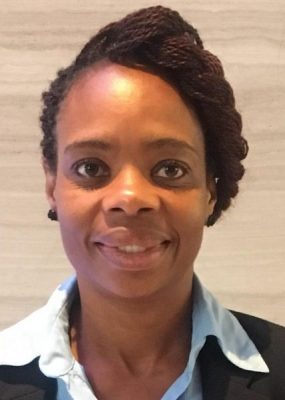 Jacqueline is the Director of Legal Services in the Ministry of Mines and Mining Development. She also holds a Bachelor of Laws Honors degree from the University of Zimbabwe. She is a registered Legal Practitioner, Conveyancer and Notary Public. She recently submitted her dissertation for LLM in Commercial Law with UNISA.

At the Ministry of Mines and Mining Development, she collaborated with the legal counsel from local and international entities on matters cutting across various aspects of the law.

She is the chief negotiator of the Ministry on mining contracts and agreements, gives legal advice to the Minister and his deputy, the Permanent Secretary and the whole ministry at large and works closely with the Attorney General’s Office. She has extensive experience in several due diligence exercises, acquisitions, and strategic investments. Jacqueline has been instrumental in the successful negotiation of multi-billion contracts with big international investors and she has been essential in the creation and protection of value addition in the mining sector, also being the legal focal person for the Ministry in Kimberly Process Certification Scheme. She also participates in anti-money laundering initiatives spearheaded by the government. 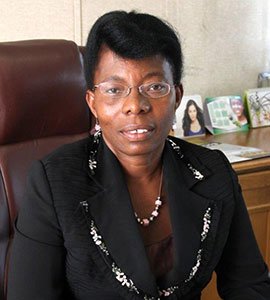 Ottilia Furusa joined the Minerals Marketing Corporation of Zimbabwe (MMCZ) on 1 March 1985 as a Sales Executive III in the Metals Division. In December 1995, Otilia was appointed as a Management Trainee under the Steel and Granite Division and later became the Acting Divisional Manager. She rose through the ranks and was promoted to Deputy Divisional Manager Metals in 2000. From 2003 to 2007, she was further promoted to become Marketing Executive-Metals Division.

Mrs Furusa was appointed the Deputy General Manager of Shanghai Jinchuan Zimbabwe Mineral Co. Ltd (SJZMC) which was a Joint Venture Company between Jinchuan Group Ltd of China and Minerals Marketing Corporation of Zimbabwe in July 2007. SJZMC was created to trade in minerals with Zimbabwe and the SADC region, facilitating mineral processing and value addition and related technology transfer between Zimbabwe and the Far East as well as enhancing Asian- Pacific international trading. Upon closure of the company in 2010, she returned to Zimbabwe and assumed her Marketing Executive duties.

She holds a Business Studies degree from the UZ, a diploma in marketing from the Institute of Marketing Management- (IMM) and completed the Management Development Programme (MDP) sponsored by the Corporation.

Her active and positive participation in the marketing of metals from Zimbabwe to other countries increases the value of our metals, therefore giving the miner the urge to mine. Mrs Furutsa position is very influential in the mining sector in Zimbabwe. 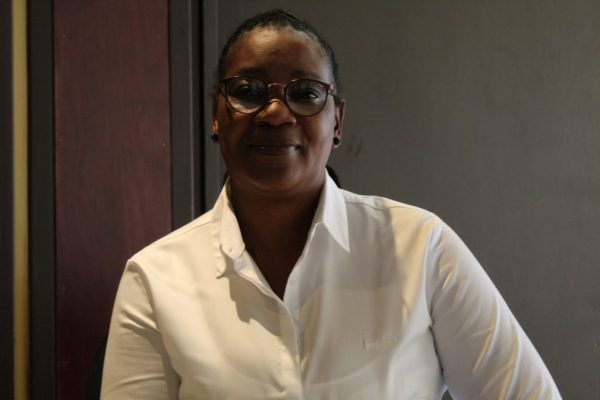 A woman we love to call the “Iron Woman of Zimbabwe Mining” Henrietta Rushwaya is the current Zimbabwe Miners Federation President (ZMF). ZMF is a small scale and artisanal miners body that
is subscripted to the Ministry of Mines and Mining Development with a membership of over 35 000.

Since her ascension to the presidential position at ZMF, Rushwaya has turned the small scale mining sector in Zimbabwe into a formidable force. Since she has been at the helm of the
Federation, Zimbabwe has seen the rise of younger people in Small-scale mining something she is rarely credited for. The rise of Rushwaya at ZMF has seen the ASM sector accounting for the largest chunk of the country’s gold deliveries to Fidelity Printers and Refineries after overtaking their counterparts in the primary production sector which is dominated by Conglomerates.

Amidst the fuel crisis the country is experiencing, Rushwaya’s executive entered into a mutual relationship with Glow Petroleum where miners under ZMF are unlimitedly supplied with fuel by Glow petroleum at a very reasonable amount. Her executive also entered into a mutual relationship with Zimbabwe’s sole gold buyer and exporter in an attempt to reduce gold leakages in Zimbabwe and improve dialogue between ASM and the sole buyer.

Lindi is considered by many to be the face of the women and the young in the mining sector. She is currently Zimbabwe Miners Federation vice president.

She is also a shareholder in a Chrome Mining Venture, Alaska Mining located in Guruve and she is a director at the mine which produces 4000tonne per month. Lindi is also the 2nd National Chrome Representative, member of the MMCZ Chrome Consultative Group, Ex Vice-Chair of Guruve Mining Association Board of Executive, a shareholder in Uhuru Mining with South African partners and an Agent for Xander Resources South Africa.

She has been vocal towards the “ill-treatment” that small scale chrome miners have been receiving from the government and MMCZ. Lindi was also influential in facilitating the marriage between Zimbabwe Miners Federation and Fidelity Printers and Refineries which saw the two begin to work together to reduce gold leakages and promote fair gold pricing in Zimbabwe.

Lindi this year was featured in a Germany based EineWELT Magazine for her work in the Zim Mining Industry. 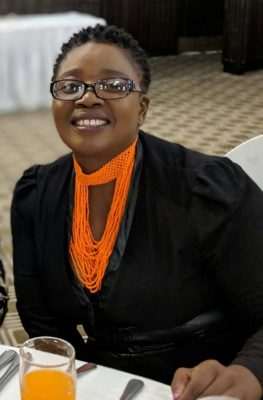 Born in Zimunya south of Mutare city under Manicaland province in 1959, Barbara Mutambanengwe is the founder and managing director of Kenako Diamond Processing, a firm which deals with rough diamond cleaning. Industry.

Barbra who is a holder of a diploma in secretarial studies from Harare Polytechnic with no mining-related course from the school of mines or another university has defied the odds by becoming the first woman who ventured into the Diamond Mining Processing. It took Barbra almost over two years for her to get a licence in diamond processing for her to set up a diamond deep boiling facilities in Msasa, Harare. Barbra owns one of
the biggest diamond cleaning plant in Zimbabwe which has the capacity to clean over 1.2 million carats per month, she has cleaned diamond for various diamond firms including Zimbabwe Consolidated Diamond Company (ZCDC). The objective of cleaning diamonds is to remove coating
so that buyers can see clearly the colour, clarity and then make the correct value of the diamonds.

Diamond processing and mining have been aligned to be a man’s job despite those odds Ms Mutambanegwe engaged herself into a leading diamond processor.