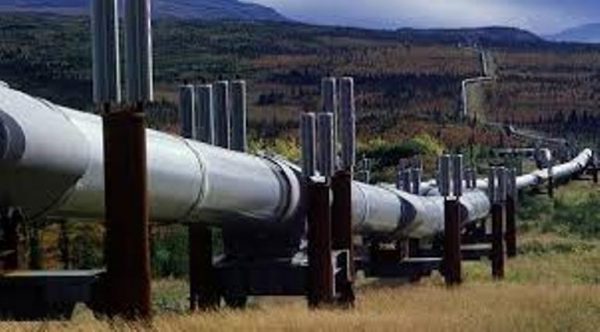 Zimbabwe will conduct a full feasibility study first before executing a US$1.3 billion second oil pipeline partnership project with United Kingdom firm, Coven Energy Limited, linking Mozambique’s Beira Port and Harare, according to a senior Government official.
Secretary for Energy and Power Development Dr Gloria Magombo, said in an interview on Thursday that following the agreement with Coven, a full study would be conducted to determine viability of a plan to make Zimbabwe a regional fuel hub.

However, this comes at a time the world was moving to phase out fossil fuel powered automobiles in favour of EVs, with other vehicles manufacturing giants and governments already having set deadlines as early as 2025 to phase out production of combustion engines.

But, given that in the first of H1 2021, a total of 55 oil and gas discoveries were made globally with conventional oil and gas resources dominating the discoveries landscape, and there is probably huge scope for Zimbabwe to venture into such a massive project.

As such, Dr Magombo said Zimbabwe already had adequate capacity for domestic fuel supply, and so the second pipeline linking Beira Port and Harare was targeted at regional markets in the north and some parts in the south.

The full bankable feasibility study, Dr Magombo said, would look at number of areas, including future demand for fuel and developments in technology, more specifically expected impact of a global transition to electric vehicles.

Mutsvangwa also stressed the project would make Zimbabwe a regional hub for refined petroleum supplies to landlocked SADC countries, while Dr Magombo indicated that northern parts of South Africa would also be in focus.

“The project will result in the National Oil Company of Zimbabwe (Pvt) Limited and Coven Energy entering a 50-50 public private partnership,” she said, adding the project will create new jobs, reduce traffic congestion and generate forex for Zimbabwe.

On its website Coven Energy defines itself as a company that comprises a group of experienced engineers who focus on creative solutions for oil and gas infrastructure projects.

Mutsvangwa said the oil pipeline from the Mozambican port city to the capital Harare will be built over four years, at an estimated cost of US$1.3 billion. The partnership will be for a period of 30 years.

Many industry observers believe the world may have already passed the tipping point where sales of electric vehicles (EVs) could very rapidly overwhelm petrol and diesel cars.

Jaguar plans to sell only electric cars from 2025, Volvo from 2030 and last week the British sports car company Lotus said it would follow suit, selling only electric models from 2028.

More chilling is the fact that many governments around the world are setting targets to ban the sale of petrol and diesel vehicles in order to give even more impetus to the process of transitioning to EVs.

Dr Magombo said “there will be a full feasibility, which will look at the market, especially the regional market, because at national level we have adequate capacity”.