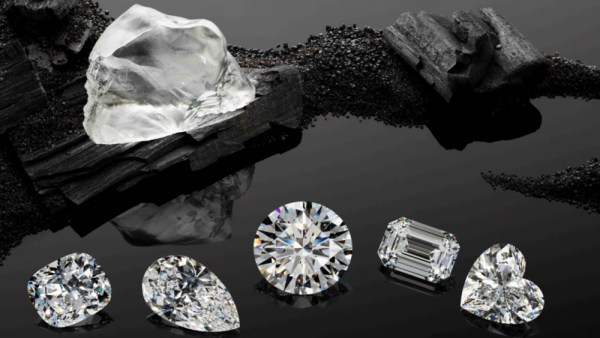 Ziyambi in gold mine scandal

The government yesterday said it would anchor its US$12 billion mining industry economy on a rare and more expensive type two diamond set to be mined in its Malipati Diamond Projects in Matabeleland South and Masvingo provinces.

This was revealed yesterday by Mines minister Winston Chitando during a tour of Malipati Diamond Projects in Beitbridge.

The project was set up by Alrosa, a Russian diamond giant and the Zimbabwe Consolidated Diamond Company (ZCDC).

As a result, a diamond exploration camp is to be set up 80km north of Beitbridge and is envisaged to contribute US$1 billion to the mining industry.

Chitando said the diamond exploration camp would precede a large diamond mine that is expected to be established in Beitbridge, where kimberlite diamonds will be extracted.

He said the joint venture between Alrosa and ZCDC was expected to play a key role in the realisation of the US$12 billion mining industry target by 2030.

“The Malipati Diamond joint venture between Alrosa and ZCDC follows a government-to-government agreement between Zimbabwe and Russia. Alrosa is a known diamond giant. This will play a key role in the 2023 vision and at large the 2030 middle-income economy envisioned by his Excellency President (Emmerson) Mnangagwa,” Chitando said.

“The type two diamonds are nitrogen-free and attract a good price. We expect to make it to our 10 million carats target from a total of 40 special grants that we have,” he said.

Alrosa will have a 70% stake while ZCDC will have 30% shareholding.

Chitando said the development had been made possible by the amendment of the Indigenisation Act, which stipulated a 51:49 shareholding between locals and foreign investors which did not attract investment.

ZCDC board chairman Wellington Pasipamire said the type two diamonds fetched more on the market compared to other diamonds owing to their good quality.

Chitando said the new diamond fields would create employment, adding that the Russians were in the process of installing a sophisticated automated washing plant that was being put in place by engineers from their country.

He said work on the new diamond plant had been stalled by COVID-19. NewsDay