Today marks 48 years after the Kamandama disaster at Hwange Colliery mine that claimed 427 lives when a series of explosions occurred underground.

The disaster remains the deadliest mine accident to date in the country’s history. 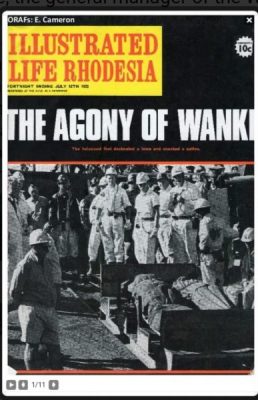 The disaster took place at the Wankie No.2 Colliery in Hwange, in the province of Matabeleland North, when several gas explosions ripped through the mine. It was initially believed that 468 miners were trapped, but the number was lowered after the owners at the time found a number of people had not shown up for work.

Eight men were pulled alive from the mine after the initial explosions. Two new explosions on 7 June of 1972 poured clouds of poisonous gas into the 4.8 kilometres of tunnels, making further rescue attempts impossible.

On 9 June 1972, the general manager of the Wankie (Hwange) colliery, Gordon Livingstone-Blevins, decided to leave the 424 bodies where they were. Three bodies had been recovered after the initial explosions. A mass memorial service took place on 11 June at a nearby football stadium, where a crowd of about 5,000 people paid tribute. “This has cast a gloom over the whole country,” Rhodesian Prime Minister 1972 Ian Smith said during the service.

Hwange Colliery Company Limited indicated in a statement this year’s event, scheduled to be staged yesterday and today, has been shelved due to the outbreak of the coronavirus pandemic.

“As the public is well aware that the COVID-19 pandemic has ravaged not only Zimbabwe but the world at large, thereby disrupting the normal functioning of the community at large.

“This deadly virus has necessitated the need for social distancing; this requires us as organisations to adhere to Government regulations limiting gatherings in an effort to stop the spread of the disease.

“In light of this, (the) Hwange Colliery Company Limited will not be conducting the Kamandama Golf tournament together with the memorial which is normally held annually on the 5th and 6th of June respectively,” HCCL said in the statement yesterday.

The company, however, said they will continue with their philanthropic efforts to ensure the surviving spouses (widows) of the miners, who were killed in the 1972 disaster, are well taken care of “especially in these trying times”.