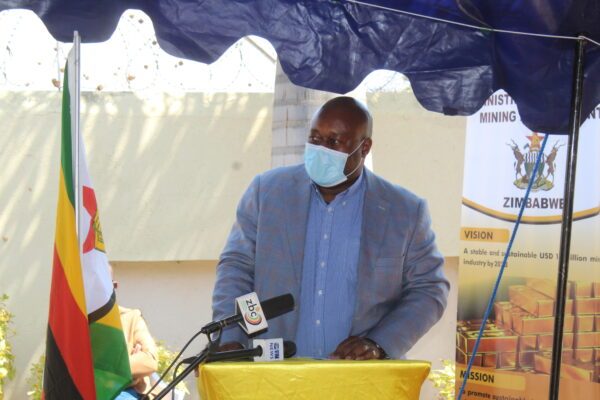 Taliban hold keys to US$1 trillion trove of minerals

Zimbabwe is in the process of becoming an oil producer with Australia Stock Exchange-listed oil and gas exploration firm Invictus Energy moving towards drilling two wells early next year, the Minister of Mines and Mining Development Hon Winston Chitando has said.

Speaking in Bindura at the handover of 14 maps to Mashonaland Central Province, the Minister said the successful discovery of oil and gas in Muzarabani will add significantly to the achievement of President H.E Mnangagwa’s vision for the country becoming an upper-middle-income earner by 2030.

He said that by the end of April, Invictus Energy will drill wells in Muzarabani as a way of bringing oil or other hydrocarbons such as natural gas.

The Minister said consignment of gas and mining equipment to be used by the Australian firm to explore gas and oil in Muzarabani will be officially commissioned by President Mnangagwa.

It is understood that the equipment will be used in a seismic survey to identify the best sites for sinking exploration wells.

“When we started talking of the oil project in 2018, a number of people were pessimistic, but step by step we are moving towards Zimbabwe becoming an oil producer.

“We are now at a stage where the seismic equipment is in workshops in Harare and His Excellency the President will be officially commissioning that equipment. By the end of April, two wells will be drilled in Muzarabani,” Minister Chitando said.

An oil well is a hole dug into the Earth that serves the purpose of bringing oil or other hydrocarbons – such as natural gas – to the surface. Oil wells almost always produce some natural gas and frequently bring water up with the other petroleum products.

Australia Stock Exchange-listed Invictus Energy, the parent firm of Geo-Associates that holds the Muzarabani grant, has registered significant progress in trying to establish if there are commercially viable reserves of oil and gas in Zimbabwe’s Cabora Bassa Basin, the geological formation underlying the Muzarabani area.

French oil giant Mobil in the early 1990s did initial seismic surveys but decided not to follow up.

Exploratory wells are required to see if those domes and traps have indeed trapped the organic matter that decomposes to gas and oil, but before that stage, it is necessary to map the underlying geology more precisely, and that is what Invictus is now going to do.

It is envisaged that any natural gas and quite a bit of any petroleum discovered in Muzarabani is more likely to be used within Zimbabwe.

Polaris intends to conduct, process, and interpret a minimum of 400 kilometres of seismic lines to define the best site for the first well, Mzarabani-1, as well as possible sites for future tests or production wells