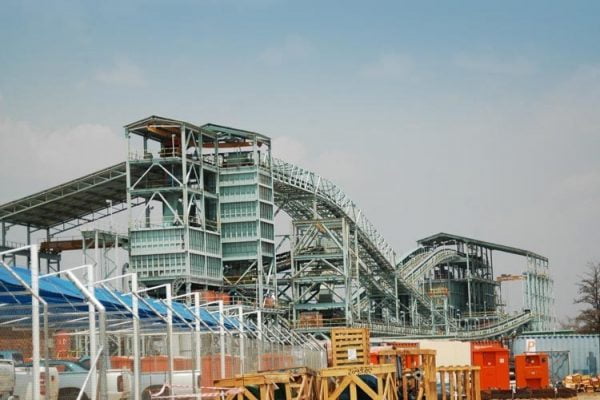 Zimplats has applied for a licence to install close to 200MW of solar power to feed operations at Ngezi and Selous, where it is spending US$290 million in additional investment to grow platinum output.

The country’s biggest platinum producer wants to build a 105MW plant at Ngezi, where Zimplats operates mines and two concentrators. Another 80MW will be installed at the Selous metallurgical complex, where a concentrator and a smelter are located.

According to a notice by energy regulator ZERA, a 132kv solar plant substation will be built at Ngezi. The company will run a 5km line from the plant to the Ngezi mine substation. At Selous, lines will run for 500m to the existing 132kV line.

“All investors want to understand is what are you doing to decarbonise and to become a more sustainable business,” said Johan Theron, a spokesman for Implats, Zimplats’ holding company. “It’s a concern about the future and whether everybody is doing their bit. If we do nothing and we continue to use coal power like we use today, then in 10 to 20 years we will have a problem.”

In February, Implats CEO Nico Muller said building solar power for its Zimbabwe operations was part of the company’s growth strategy in the country.

Said Muller: “In Zimbabwe, we are totally reliant on power generation from the Cabora Bassa scheme, so all our power there is renewable energy, so that’s probably the cleanest platinum being produced on the planet at the moment. In addition to that, in Zimbabwe we are in the midst of a feasibility study to evaluate the construction of a 200MW solar power plant, and that will provide not only the 80MW at Zimplats, but also the 30MW that we use at Mimosa, and in there is sufficient amount of energy to feed into the grid as a broader in-country strategy.”

Implats is currently investing US$290 million on new mine development. The new Mupani Mine and the redeveloped Bimha mine will add another 180,000 ounces.

Zimplats is one of many mining operations in Zimbabwe investing in renewables. Steady power supply is one of the major concerns for miners in the country.

Caledonia Mining raised US$13 million to fund a 12MW solar plant at its Blanket Mine. The plant, being built by French company Voltalia, is expected to be completed in early 2022.

Gold producer RioZim has also been licensed to install solar power with an initial combined capacity of 75MW at its four mines.

The government expects 100MW of electricity to come from new renewable energy projects by the end of this year. Zimbabwe believes that mines will, going forward, account for a larger portion of solar power.

“You will find that new power generation will come from mining companies establishing solar projects. By 2023, we will have over 600MW of power from projects undertaken by the mining sector,” says Mines Minister Winston Chitando.

Mining companies should take a leaf from Zimplats -Mnangagwa