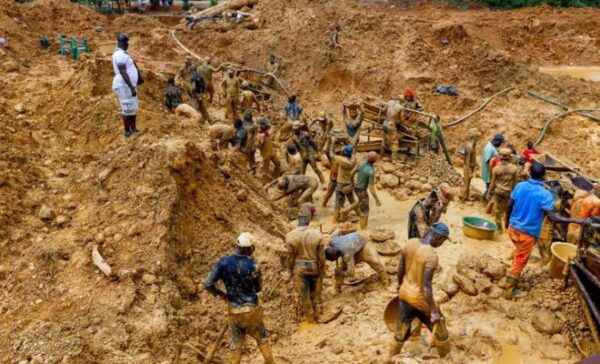 ARTISANAL miners have been blamed for causing the spread of HIV and tuberculosis in Matabeleland South province.

Matabeleland South TB/HIV officer Norbert Singine told Southern Eye that the province has huge mineral deposits, resulting in the influx of artisanal miners who engage in reckless sexual behaviour, causing the spread of HIV in the province.

“They are possible causes of high HIV infection in Matabeleland South. It is mostly spread by artisanal miners because they are mobile and engage in reckless sexual activities wherever they will be,” Singine said.

He said the high HIV rate was also a result of the province’s proximity to the border between Zimbabwe, Botswana and South Africa, leading to high transmission of the diseases.

“Our province is a gateway to South Africa and Botswana and this means the population in transit engages in sexual activities with our communities along the border,” he said. “These busy borders, especially Beitbridge and Plumtree, have truck drivers who sometimes do rest at the two borders and during this time, they do engage in sexual activities.”

Singine also said the influx of mopane worms harvesters added to the spread of HIV.

“People who harvest mopane worms camp in the forest. This means people are away from their families and might engage in sexual activities,” he said.

He said newly-identified HIV positive cases as from January to September 2021 stood at 4 535 while from September 2021 and to date, 458 cases were recorded.

According to the National Aids Council, Matabeleland South province tops the list of areas hard hit by HIV and Aids.