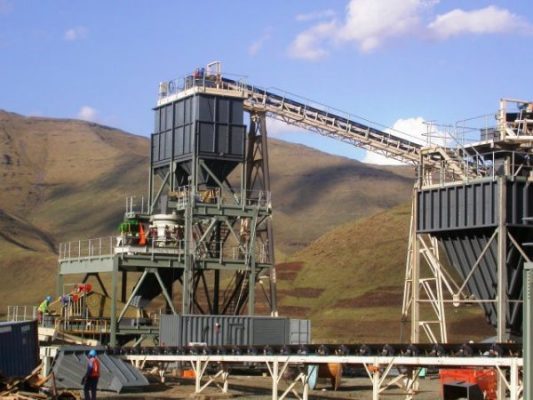 Unki Mine production up

Five illegal miners were today trapped in an old working shaft at the Kuvimba owned Elvington mine in Chegutu this morning.

Chegutu Miners Association Chairman Mr. Innocent Nicks confirmed the development and said one person was rescued around 08:00hrs rushed to the hospital.

“Five people were trapped underground at the Elvington mine in Chegutu in the morning. One was rescued and rushed to the hospital. We can hear the voices of the other four who are currently stuck and are hopeful they will be rescued as efforts are currently underway,” Nicks said.

Elvington mine is currently under care and maintenance and sources say the security guards employed at the mine demanded bribes for miners’ entry.

“We hear Miners are currently paying between 100 – 1000usd for entry to guards manning the mine. We would like to encourage mines to employ monitored security service providers to avoid unnecessary accidents like these,” Nicks added.

Kuvimba official Mr. Toindepi Muganyi acknowledged that he was informed of the accident and on his way to the site.

“I have been informed of the collapse and I’m on my way to the mine. I cannot comment much on the issue until I am on the ground as you can hear I am travelling,” Muganyi said.

“It is a sad situation, however, we encourage the Police to do their job to deter would-be perpetrators,” Chipangura said.

Zimbabwe has been experiencing mine accidents lately and most have been attributed to careless workmanship rife in the Artisanal and small-scale mining industry.