A Chinese shot and injured his employee over a salary dispute yesterday at Roden mine in Midlands.

The worker was injured and is currently receiving medical care at Gweru General Hospital.

Zimbabwe Miners Federation spokesman Mr Dosman Mangisi said it was unacceptable that the employer decided to use lethal force to settle a dispute. He added on saying the government needs to introduce strict laws to protect locals from abuse by Chinese nationals who are taking advantage of our lax laws to abuse workers.

“Its unacceptable that someone uses lethal force to settle a simple dispute. We have many reports of Chinese nationals abusing local workers something that should not be tolerated. Courts must deal efficiently with this case and after the sentence, this man must be deported. Our people cannot be treated as second class citizens in our own country. ”

Miners Forums were abuzz with angry miners calling for expelling of abusive Chinese nationals who do not respect the laws of the land and bar them from Small-scale mining.

Norton Mines Association Chairman Mr Prevalage Moyo said “What these Chinese are doing is Barbarick, we cannot be like the wild wild west in this era. We must look at how the law is applied for these kinds of acts, if it was in their countries we will see harsh to the death penalty being applied”.

The Chinese national is currently detained at Gweru Central police station. Gweru Central Police confirmed that they have the accused in custody but referred Mining Zimbabwe to Gweru rural. Gweru central then advised that the case is being handled by Gweru CID. 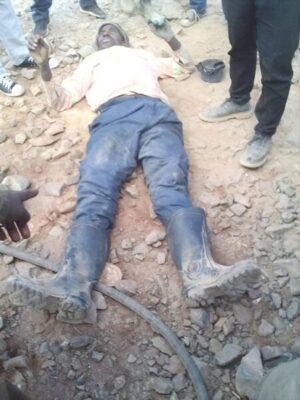 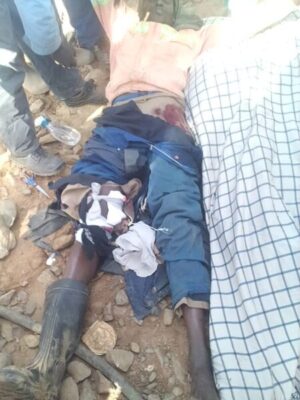