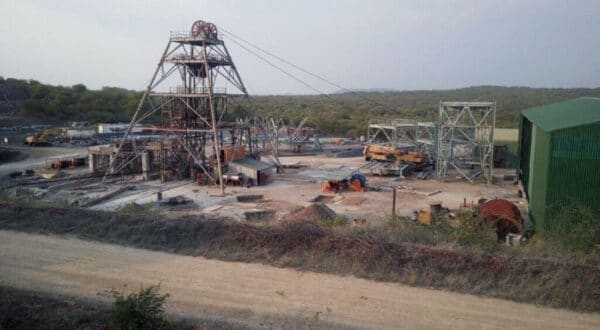 Eureka Gold Mine, located near Guruve, is now operational after decades of inactivity and management expect to ramp-up to full production in the coming months.

The gold mine was forced to shut operations after running into viability problems two decades ago with capital shortages at the centre of the mine’s troubles.

But new owners, Padenga Holdings, through its gold subsidiary, Dallaglio, vowed to bring Eureka back to life and make it “one of the largest and most technologically advanced mines in Zimbabwe”.

To bring the gold mine back to life the Victoria Falls Stock Exchange-listed company invested US$50 million.

The investment has now started bearing fruit with the gold mine resuming production.

In a brief statement on the company’s LinkedIn page, Dallaglio CEO Marc Nicolle announced that the “first gold smelt at Eureka took place as planned in July”.

Nicole described this as a “remarkable achievement for Dallaglio” as Eureka is now the second Zimbabwean mine it has “brought into operation after decades of inactivity”.

The other one is Pickstone Peerless mine which had not been operational for 44 years. “This milestone was achieved by a very focused and dedicated Delta Gold Zimbabwe team who have gone above and beyond in many ways to make Eureka a success, despite the many
challenges faced along the way.

“Congratulations to all of the team that have made this milestone possible,” Nicole said.

“We are very proud of what has been delivered and look forward to the ramp-up to full production in the coming months.”

The subsequent ramp-up to the full processing capacity of 100 000 tonnes per month is targeted by end of December 2021, according to Padenga said of Eureka in its last set of results.

There is good potential to extend the Eureka life of mine by moving to an underground mining method once the open pit has been exhausted. The international spot price is expected to remain elevated in 2021 given the continued uncertainty of the Covid-19 pandemic on the global economy. This investment will continue to yield positive returns for the foreseeable future,’’ the firm said in a statement accompanying its last full-year results.