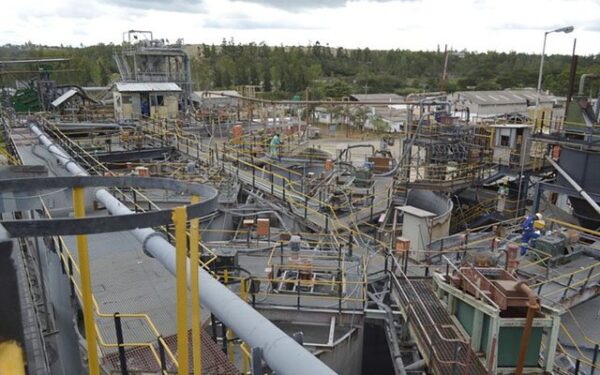 RBZ to allow miners to export some of their gold

President Mnangagwa was the guest of honour. Several government ministers including the Minister of Industry and Commerce, Dr Sekai Nzenza were in attendance.

President Mnangagwa was honoured with the Champion of the Decade award, for his outstanding support for the Buy Zimbabwe campaign and the promotion of local content.

Freda Rebecca Mine, a subsidiary of Kuvimba Mining House won an award under the Buy Zimbabwe Mining Company of the decade category.

The event reinvigorated the Buy Zimbabwe campaign and was used as a platform to launch the Great Zimbabwean brands, which are the brands that Zimbabweans have come to adore and treasure over the past 10 years.

The Buy Zimbabwe Campaign was brought to life at the Inaugural Buy Zimbabwe Conference held on March 30, 2011 at the Rainbow Towers Hotel in Harare.

It started as a youth entrepreneurship programme called “My Own Boss’ founded by Munyaradzi Hwengwere, a former CEO of ZBC.

His vision was that unless Zimbabweans come to support each other, success in their entrepreneurial ventures would be elusive. From the “My Own Boss” concept, it was not a long step for Hwengwere to come up with the Buy Zimbabwe Campaign.

Buy Zimbabwe has positioned itself as the prime driver of preferred quality and competitive Zimbabwean brands for sustainable economic growth. It is a competitiveness driver whose mandate is to unlock the country’s potential through a structured support of the production and consumption of local goods and services.

The birth of Buy Zimbabwe was necessitated by the continued negative consumer perception towards local goods and services coupled with unfair pricing of foreign alternatives, resulting in many consumers, particularly those facing significant financial constraints, opting for imports.

With the Government coffers strained to support initiatives such as Buy Zimbabwe, there was a need to position the organisation as self-funding, influential and effective.

The good news is, however, that the Government has now committed to offering budgetary support to Buy Zimbabwe as announced by Finance and Economic Development Minister Professor Mthuli Ncube in the 2021 budget.

The Buy Zimbabwe message, therefore, is premised on the rationale that if we encourage our people to buy our locally produced goods, the nation will be able to save a lot of money through minimising leakages from the economy.

This money hopefully can be re-invested, to build competitiveness and economies of scale, employ more people and grow the economy. Buy Zimbabwe thus strives to create jobs, wealth and pride in Zimbabwean products.

This is possible when the Government ensures a predictable and stable operating environment.

It is, therefore, critical that as a country we implement our policies in an atmosphere which exudes a positive image and confidence that the Government is keen to realise the vision of an industrialised economy.

Buy Zimbabwe is in full support of the Vision 2030 through its initiatives including the local content policy.

Local Content Policy refers to a policy that requires local companies to use domestically manufactured inputs and goods as well as domestically supplied services in order to maximise on local; production in the economy.

Local content policy can stimulate use of local factors of production, such as labour, capital, supplies of goods and services, to create value in the domestic economy and hence expand the industrial sector.

We, therefore, hope with concerted efforts from ourselves and the Ministry of Industry and Commerce and other stakeholders, we will work together in pursuit of common vision of a prosperous Zimbabwe; we will achieve our dream of a proud and wealthy Zimbabwe.

After a remarkable ten years in which the tide significantly shifted in favour of local products which now dominate supermarket shelves, Buy Zimbabwe can look into the next ten years with optimism, knowing too well that we can attain the target of producing 80 percent of our goods and services locally.