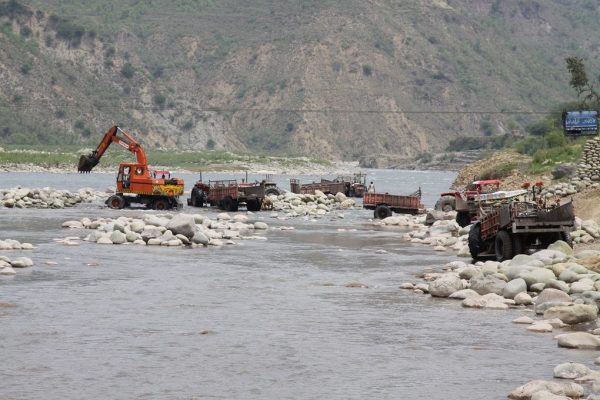 Industry and Commerce Minister, Nqobizitha Mangaliso Ndhlovu has announced that Angwa River and Save River are mature enough to sustain riverbed mining.

Speaking on riverbed mining, Minister Ndlovu opined that there are two rivers that are sufficiently mature to support mining on riverbeds, which are Angwa and Save River.

“I want to thank the Hon. Member for both the compliment and the question. I said that there are two rivers that are mature enough to sustain riverbed mining which is Angwa and Save, stated Minister Ndlovu on his Twitter account.

He added that no company has yet been chosen to start riverbed mining in the two rivers, arguing that all who have been granted special grants to mine in the rivers must visit the Mines Ministry for approval.

“There are no companies yet that have been identified to undertake riverbed mining in these two rivers, all those who have been granted special grants to mine in our rivers will have to make submissions to the Ministry of Mines,”

“Upon which they will have to undertake a pilot project, closely monitored which will not be on the river itself where they will have to satisfy both the Ministry of Mines and EMA that they can do so sustainably, only then will they be given permission to mine in the rivers,” added the Minister.

All companies that have been conducting riverbed mining have stopped, he said.

Minister Ndlovu, responding to the query addressed to him as to what a mature river is, said he was unable to provide a technical description stating that only EMA could do that.

“This is a technical definition from the Environmental Management Agency.  I might not be able to give the specific details,” said Ndlovu.

“Now where are environmentalists, surely this is a disaster, how does one say a river is mature enough to be mined,” he said.