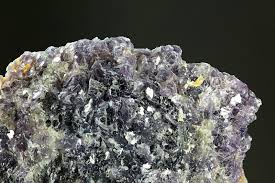 AUSTRALIA Stock Exchange-listed lithium miner, Prospect Resources says it has produced 25 kilogrammes of spodumene concentrate from core samples collected at Arcadia Mine, a world-class asset under development in Zimbabwe.

Spodumene is considered the most important lithium ore mineral, which is crashed to form a concentrate before shipment to chemical manufacturing companies worldwide.

The firm is targeting strategic markets in Japan, China and Europe, as it fine tunes its systems before full-scale production kicks off in Zimbabwe.

In a statement yesterday, Prospect said sample assays from Arcadia had confirmed the high purity nature of the spodumene concentrate.

“These results confirm Arcadia as a producer of high purity spodumene concentrate and demonstrate the value of the Arcadia project,” managing director, Sam Hosack said.

“The production of spodumene in conjunction with the successful operation of the petalite pilot plant at Arcadia Mine put the team in a strong position as we focus on progressing due diligence discussions and the development of the Arcadia project. The spodumene concentrate product samples have been produced for supply to, and potential qualification with, strategic groups across Japan, China and Europe. Prospect has been progressing engagement with a range of these groups that have an interest in spodumene concentrate offtake and assisting with development of the Arcadia project. The shipment of samples is being co-ordinated over the next few weeks,” Hosack said.

There has been significant progress by companies prospecting and developing lithium assets in Zimbabwe.

The developments mark an important step in the southern African country’s ambition to transform its mining industry, turning over about US$2 billion annual revenue, into a US$12 billion sector by 2023.

Following recent finds, Zimbabwe has placed its lithium assets at the heart of this ambition, and also looks to gold, platinum and diamonds in the expansion drive.

About four lithium projects are currently under development in Zimbabwe, where firms including Premier and Prospect expect to invest up to US$300 million in the coming years to reach full throttle production.

“When all results are in, the company intends to issue a maiden lithium resource report on what the company sees as a project of significance,” Premier chief executive officer George Roach said.

“We have seen lithium bearing pegmatites (mainly spodumene and petalite) to vertical depths of over 200 metres and along the entire strike length of some 3,5 kilometres, with some holes showing visible lithium mineralisation over drilled widths of up to 37 metres. We await the balance of the drill-hole results from this extensive drilling programme over the 3,5-kilometre strike of the Zulu deposit drilled to date,” Roach said.