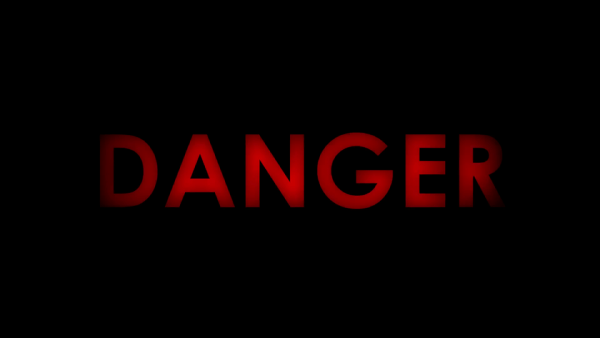 DUE of the unique dangers in mining operations, workers need extensive safety training. Mandatory and optional training is widely available to mining professionals,rapidly raising the safety standards of this industry.

Increasingly, mines use more high-tech tools for miner training, such as machinery simulators and virtual reality simulators. By simulating actual mine conditions and emergencies, mine workers are better prepared, and companies can instantly assess a mine worker’s progress and skills.

People in charge of blasting operation attend specific training and are required to be licensed for the use of explosives and initiation systems. Most mining countries set up a specific refresher safety training for experienced blasters to integrate fast-paced changing legislation and the new technological trends.​​

Common efforts of governments, mine operators, labor, professional organizations, and academia are likely to be the rule in most mining countries to promote up-to-date, efficient safety legislation and harmonization of practices.

Nevertheless, international mining groups have developed exploitation and production health and safety standards that are implemented in their mines regardless of the countries where they are operating. As they are corporate standards adopted by listed groups, those standards and prescriptions are likely to be much more protective than many local regulations.

The introduction of new technologies has been continuously contributing to reducing the injury and fatality rates in the mining industry. The larger occurrence of mining accidents in developing countries and in illegal mining operations is directly related to a lack of up-to-date technology, especially regarding:

Personal Protective Equipment: Standards personal protective equipment, including adequate radio communication devices or safety lamps that won’t potentially trigger explosives atmospheres.
Exploitation Infrastructure: Exploitation infrastructure for fire alarm, gas management, miners rescue, ventilation, etc.
Explosive Products: Now there is available a wide range of water-based emulsion explosives and precise programmable detonators to initiate it. These make a major difference in safety versus unstable TNT-based explosives or erratic traditional detonators (fuse caps). Between 1978 and 2000, 106 miners were killed and 1,050 were injured by explosives and breaking agents. Electronic detonators are a good example of technological progress towards a safer mining environment. The real safety advantage to the system is that the miner in charge can have total system verifications before he goes into a charge-and-fire sequence, which means that almost all potential problems will be known up front before firing. So corrective measures can be taken, and save lives. This level of safety and operational transparency was previously impossible.
Machinery to Replace Operators For the Most Dangerous Operations: Some mines have now set up fully robotized drilling and explosives charging processes.
ILLEGAL MINING
Illegal mining has been ravaging our planet for decades. Not only is illegal mining riskier from a safety perspective for those who choose to participate, but it encourages reckless behavior and leads to outcomes that have negative long-term consequences.

Illicit mining activities don’t follow the same provisions that legal mining does. While some may argue that all mining has dangerous consequences, the implications of illegal mining are much worse.

Negative Effects Of Illegal Mining On The Environment And Human Health

Most mining activities are extremely high-risk for not only the environment, but also those who do the actual physical labor.

The environmental risks of mining include:

In addition to environmental risks, mining activities in general are also very dangerous to operate. Not only do miners have to sometimes travel to or live in remote regions, they often also work in extenuating conditions.

They face health risks due to breathing toxic chemicals or absorbing them into the skin. Miners also have to operate heavy machinery or may be exposed to flooding, gas explosions, or cave ins.

While all of these risks exist for legal mining operations, they only increase in likelihood for illegal projects. Not only is the environmental degradation much worse, but the human risks are also far greater.

Destructive cases of illegal mining across the world

In South America, the $2.4 billion illegal gold mining industry has been destroying the Amazon and costing dozens of lives.

The operations have left behind pools of cyanide and mercury, twice the size of Olympic swimming pools. In just three months, the illegal mining activities damaged the ecosystem by killing the entire fish population of the Aguita River after water-pumping machines leaked toxins into the water.

According to Colombia’s National Planning Department, Colombia now ranks second in the world for mercury pollution.

Local populations have reported health issues related to mercury poisoning such as tremors and memory loss. According to some sources, illegal mining companies often extorted the local populations by forcing them to search for gold by sending in armed groups to intimidate them. Other times, they tried to barter deals by promising to repair crippling infrastructure in the region, but instead, pillaged the region and left without keeping their word.

South America isn’t the only region that has suffered from illegal mining.

In Africa, the conflict diamond industry cost thousands of lives in the 1990’s and 2000’s. During that time, the illegal industry produced billions of dollars which were used to fund civil wars that decimated countries including Sierra Leone, Angola, Liberia, Ivory Coast and the Democratic Republic of Congo (DRC).