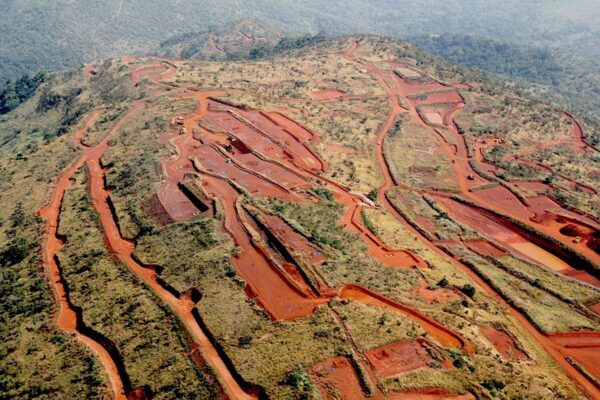 The Iron ore price rebounded on Tuesday from a seven-month low after data showed China’s imports in August picked up for the first time in five months, rising 10.1% over July.

China imported iron ore worth a record $20 billion in August, despite steel production curbs in the world’s largest producer. Total volumes were 97.5 million tonnes.
According to Fastmarkets MB, benchmark 62% Fe fines imported into Northern China were changing hands for $137.97 a tonne, up 4.2% from Monday’s closing.

It was also a record month for the value of China’s overall imports from Australia, with much of that likely coming from shipments of the red metal.

The most-traded iron ore contract for January 2022 delivery on China’s Dalian Commodity Exchange ended daytime trading 1.1% higher at 763 yuan ($118.18) a tonne, recovering from losses that brought it to as low as 718.50 yuan earlier in the session, its weakest since February 4.

“There has been no large-scale production suspension and restriction,” Sinosteel Futures said in a note.

Guinea’s 110-kilometer Simandou range hosts one of the largest untapped iron ore deposits in the world, containing more than 8.6 billion tonnes of ore with an average 65% iron content.

Simandou is situated in the remote southeastern interior of the country, a vast distance from the capital Conakry.

“The infrastructure demands of the project are consequently massive in scale, complexity and cost, larger on all measures than the bauxite export industry that has been established in the country in recent years,” said Andrew Gadd, senior steel analyst at CRU Group.

“Geopolitical risk has been one of many hurdles hindering the progress of Simandou up until now and the military coup that is now unfolding in the country marks a significant deterioration in the prospects for successful development of the deposit.”

In January, Israeli diamond and mining tycoon Beny Steinmetz was found guilty of bribing a public official to secure the giant iron-ore mine in Guinea.

He was sentenced to five years, but his lawyers say they will appeal all the way to the Supreme Court.