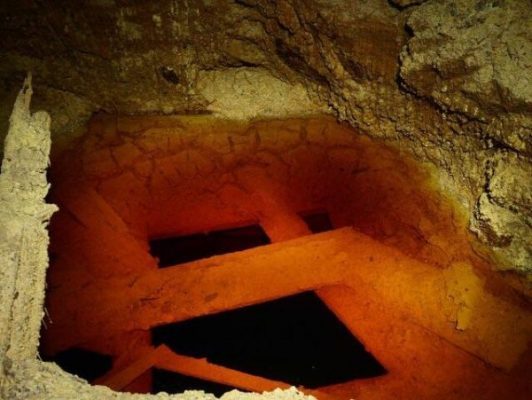 A 22-year-old Masvingo man died after he fell into a disused shaft at Wanderer Mine in Shurugwi Saturday.

The deceased, Tinashe Makusha of Hwede Village under Chief Zimuto in Masvingo was walking from Vital Tuckshop in Shurugwi when he slipped and fell into a shaft about 60 meters deep.

“Two mineworkers who were in another shaft heard the noise and suspected that a neighbouring mine was collapsing,” Midlands province police spokesperson Emmanuel Mahoko told NewZimbabwe.com.

“They later checked and discovered Makusha’s body at the bottom of the shaft. The matter was reported to the police who attended the scene and retrieved the body,” Mahoko said.

He said according to mining regulations, miners are required to rehabilitate or cover disused shafts and also fence off their working areas, tunnels, and shafts to guard against people and animals falling in.

“On the other hand, the public should report whenever they discover dangerous shafts to the Mines Ministry for corrective measures to be put in place. People should also desist from entering disused mines as they may be affected by dangerous gases,” Mahoko said.

Gold-rich Shurugwi district is littered with unprotected shafts left open by illegal miners after panning for the precious mineral in the area.