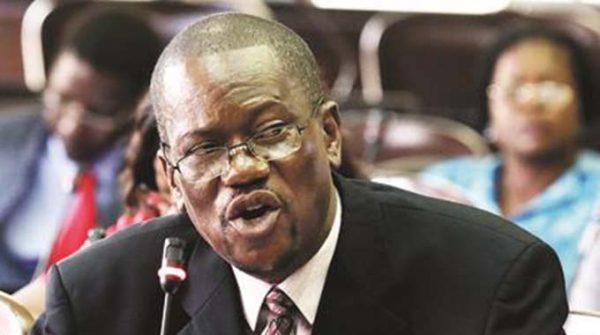 The seizure of a Mashonaland East-based gold mine has exposed a well-knit corruption syndicate involving high ranking officials in the Ministry of Mines and Mining Development and part of the investigators from the Zimbabwe Anti-Corruption Commision (ZACC).

In 2007, Trymore Chipepwe, Michel Chipepwe and Tongai Gata discovered a gold mine claim and in the same year Trymore invited Norman Karimazondo to come and join Jeke Mining Syndicate as a member. Norman then asked his brother Paul Karimazondo, who is the MP for Pfungwe, to be the mine sponsor.

The mining dispute began when Norman started calling for a change in shareholding eventually leading to Trymore being removed from the syndicate using Section 61(3) of the Mines and Minerals Act Chapter 21:05.

But according to court documents, Norman contravened this section of the Mines Act and the case was ruled by the High Court in favour of Trymore Chipepwe who was supposed to be reinstated in the syndicate.

The alleged corruption case was reported to ZACC leading to the arrest of former Mashonaland East Provincial Mining Director Grace Chacha while some top officials in the ministry including Moyo were summoned by the anti-graft body.

The continued frustration of the court processes as well as reluctance to implement court judgments has fuelled allegations that there could be a well-knit team of the ministry’s top brass that has been allegedly working with the existing syndicate members to keep Trymore out of operations.

There has been increased interest around the gold mine which has potential to produce close to 8kg of gold per week making it one of the most lucrative small scale gold mines in the province.

Efforts to get a comment from Moyo, Mines Permanent Secretary, were fruitless as his mobile phone went unanswered.

A letter by current Mashonaland East provincial mining director Tendai Kashiri in 2018 advising the Permanent Secretary of the matter noted that the removal of Trymore was illegal and recommended reinstatement of the original mining licence which has his name.

“In a letter at our disposal written by the Ministry’s Legal Advisor Munyonga dated September 13, 2018 which we hereby attach the opinion of the legal advisor was as quoted. It is clear that the minutes which are alleged to have been used to convince the then PMD to reissue another certificate excluding Trymore Chipepwe from the syndicate is not a resolution of all syndicate members. Legally the minutes do not constitute a resolution of members of a partnership,” Kashiri wrote.

Kashiri further recommended the cancellation of the new certificate (ME82).

A well-placed source close to developments told Business Times that there has been a plot by ZACC investigators to frustrate the case despite an instruction by some Commissioners for the matter to be investigated.

There has been little movement on the matter, despite ZACC’s legal department recommending arrests, insiders have said.