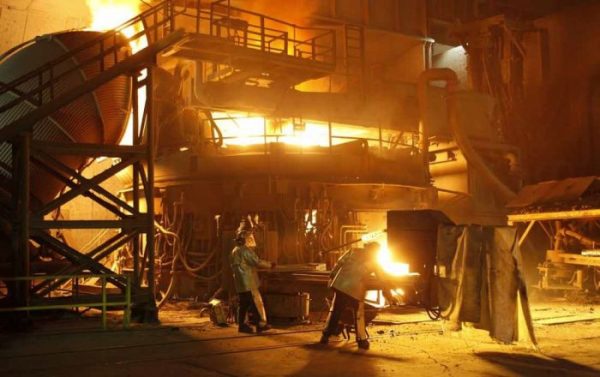 THE investor behind the US$1 billion new steel plant to be located in Mvuma, Midlands province, has applauded the Government for creating a conducive investment climate which has enabled their business to take off.

Mr Benson Xu, the managing director of Dinson Iron & Steel Company, which is a subsidiary of the Chinese global steelmaker, Tsingshan Holdings, said Government had created an investor friendly environment which will see many investors flocking to the country.

He said this during an inter-agency Government consultative meeting held at the factory site, which was convened by the Midlands Provincial Affairs and Devolution Minister Larry Mavima.

The meeting was part of preparations for the groundbreaking ceremony set to be led by President Mnangagwa within two months. The commissioning of the plant is set for December 2022.

The US$1 billion investment project would have an annual turnover of US$1,5 billion.

Mr Xu said various Government departments had facilitated smooth commencement of the massive project that will change the industrial landscape of the Midlands province and the entire country.

“We could not reach this stage without the help of various Government departments and this big plant will definitely unlock the economic potential not only of this province but the entire country,” said Mr Xu.

He said as an investor he was very impressed by they way Government officials especially from the Midlands province handled their case.

Mr Xu explained that the proposed steel plant, believed to be Zimbabwe’s biggest, was part of a chain of investments that President Mnangagwa successfully negotiated during his visit to China in 2018.

The Government subsequently signed a Memorandum of Understanding with the company for local projects. Already, other legs of the investments are at different stages of implementation.

They include the biggest ferrochrome project located at Selous and a coke oven battery in Hwange, which is also Zimbabwe’s biggest and most modern facility.

The steel plant at Mvuma will complete the value chain to produce steel, with massive spinoffs for upstream and downstream industries.

It will also be a boom for employment, with an estimated 6 000 direct jobs being created while a new township — three times bigger than the Redcliff town of heyday — has been planned.

Other infrastructural elements to form part of the matrix include a new dam, bridges and a tarred road. Minister Mavima said the investment fits well into the provincial and national development agenda, advancing the work that had been done by the President when he met the investors in China.

He said it was incumbent upon all civil servants to ensure the successful implementation of all development projects.

Heads of various Government departments and ministries attended the meeting and explained how they would be impacted by the investment.

They pledged to facilitate processes to ensure its successful implementation.

Chief Chirumhanzu welcomed the multimillion-dollar investment in his area and commended the Second Republic under the leadership of President Mnangagwa for creating an attractive investment climate.