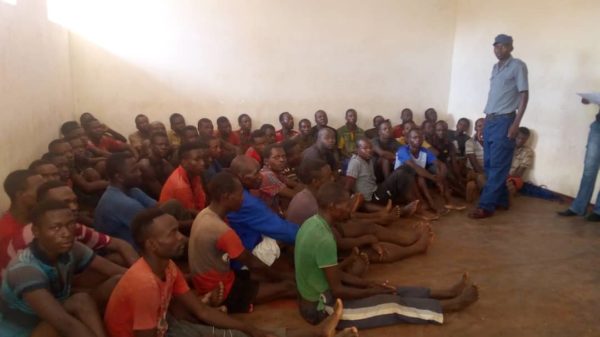 Operation Chikorokoza Chapera is affecting us big time because as Makorokoza who had been allowed by the government to operate we called for help to weed out criminal elements and murderers who were causing havoc in our sector, unknowingly by engaging our government we were shooting ourselves in the foot.

It is baffling that the Police cannot differentiate between a miner and a thief even in the presence of overwhelming evidence. Confisticating hammer mills, compressors, and jackhammers which do not symbolize tools of trade by thieves and murderers leave a lot to be desired.

Makorokozas for years earned decent incomes from their hard labour without government support. We have families to feed just like soldiers whom the government wants to cushion with the introduction of Garrison shops. We have contributed heavily to government coffers and tried many many times to regularise our operations through mines provincial offices without success but surprisingly we are getting penalised by compulsory arrests and operation stoppages.

Makorokozas are going to lose their mine sites to big and rich guys who will take over highly producing partially registered claims as we all know that our documents will not be processed. Government through the Ministry of Mines cannot afford a photocopier for their Chinhoyi office but Makorokozas get penalised for not having licenses.

Makorokozas travel up and down to provincial offices trying to regularise their operations but government department of mines does not have the manpower, motor vehicles nor fuel to attend or carry out their mandated responsibility and its so sad, an operation is effected on the affected, with the Makorokoza now branded “illegal miner”. Makorokozas invested heavily in the sector through, manpower, time, finance, machinery and research and government through its departments were supposed to consider the impact of the “Chikorokoza Chapera” operation.

Unemployment is very high in our country and it seems they want us to depend on donors. By stopping Makorokozas, the country increases the risk of surging crime. We haven’t heard of police officers being fired for failing to combat crime but when it comes to us an operation was put into force with no notice. A huge door for corruption has been opened by the operation as the rich will be grabbing from the poor, the poor will remain poorer.

Chinese who brought in hammers mills, compressors and jackhammers made their loot by selling equipment to Makorokozas in forex through government permission and regulations on imports but surprisingly the miners got their possessions repossessed by the very government. Skilled personnel is getting displaced in search of greener pastures away from the mining sector. Prisons and police cells are awash with innocent people arrested for being at a mine site. The much short income will be lost in the legal process of having miners released from holding cells or through the courts. During arrest miners are traumatised, families affected, income lost the list is endless.

We appeal to the Ministry of Mines to speed up our applications and issue us with certificates. We followed every procedure the onus is on the Ministry to get us going. “Chikorokoza Chapera” although out to root out criminal elements has affected multitudes of innocent, hard-working honest miners.

As Makorokozas we pray to God that if only Ministries can unite and share notes, until then, they will realise that we are victims of a malfunctioning system of each independent Ministry or government department.