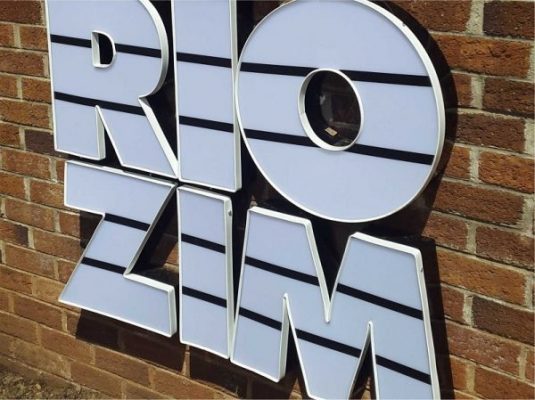 THE Industrial and Commercial Bank of China (ICBC) has not reneged on an agreement to finance the US$3 billion coal fired power plant Zimbabwean firm, RioZim, wants to develop in Sengwa, Gokwe North, sources have said.

If it collapsed, this would be the umpteenth time that potential funding deals for the Sengwa thermal power project, which was mooted in the 1990s, would have gone off rails for RioZim, a Zimbabwe Stock Exchange (ZSE) listed diversified mining entity.

This would also be a setback for Zimbabwe, which faces acute shortage of power and has dished out several permits to independent producers for electricity projects, in attempts to drive investment in production of electricity in order to become a net importer.

Zimbabwe faces a crippling power deficit that at times see the southern African country resorting to regular load shedding in order to balance supply and demand. At peak periods, the country needs 1 800 megawatts against supply capacity of roughly 1 600MW.

The Government is working on a number of projects to bridge the gap, including the 600MW expansion of Hwange Power Station, its second largest plant after Kariba South, as well as a 2 400MW joint venture with Zambia to be built on the riparian Zambezi River.

Company executives with intimate knowledge of the deal said while an environmental lobby claimed, through international media, that the deal was dead in the water, the claim was in fact incorrect, as no such official communication had been received from ICBC.

The project is based on a coal resource of 1,3 billion tonnes, capable of generating up to 2000MW of power, almost as much as Zimbabwe’s total installed capacity. The proposed project envisages the construction of a number of smaller power plants over the next ten years.

ICBC had reportedly signed a formal notice of interest in funding the plant, which would be constructed by China Gezhouba Group, while associated transmission lines would be built by Power Construction Corp of China.

But company officials who spoke on condition of anonymity this week said the agreement between RioZim and the bank still subsisted and no official communication had been received from ICBC over the issue.

In fact, they claimed the 1 400 megawatts coal fired project had been delayed by Zimbabwe’s outstanding sovereign debt with China, which if cleared, the bank was willing to finance the Sengwa project.

All outbound investments by Chinese State owned banks are insured by the Asian economic giant’s state insurance entity, Sinosure, which reportedly raised the red flag over further loans to Zimbabwe, including to private entities.

As such, RioZim executives are scheduled to meet with the Finance and Economic Development Minister Mthuli Ncube and other key Government stakeholders to discuss how the issue of the sovereign debt can be resolved to unlock funding.

“We do not have any conclusive report that they abandoned the project, or that they have written any letter to say that they have exited the deal. For us the project is still on but has been delayed by other issues, including (Covid-19) travel restrictions.

“There is no communication from them, (and if those who say the funding deal has been terminated have seen the communication from ICBC) they should just publish it,” said an executive who has inside knowledge of all internal affairs of the company.

Efforts to get a comment from company spokesperson Wilson Gwatiringa were not successful by the time of going to print, but other sources within the company’s board said the company was working to seek the intervention of the Government on the matter.

“We are having meetings and this coming Friday (today) we are going to meet the chairperson of ZERA (Zimbabwe Electricity Regulatory Authority) so that we can approach the Ministry of Finance and Economic Development.

“Look, the real issue is that they cannot finance the project because of Zimbabwe’s sovereign debt, Chinese banks require guarantees from Sinosure to extend loans, but the problem is that Zimbabwe is in arrears,” said a board member who cannot be named.

The source said the Chinese bank had advised RioZim to engage the Ministry of Finance to renegotiate the terms of outstanding loans from China, adding once this scenario is achieved, the Chinese banks would be more than willing to give the loan.

The source said the bank may be playing the right politics, as it was easier to claim it had pulled out over environmental issues than to come out in the open and say it had withheld funding over Zimbabwe’s multi-million US dollar sovereign debt arrears.

The African Forum and Network on Debt and Development (AFRODAD) says Zimbabwe’s sovereign debt reached US$18 billion in 2018.

The Chinese share of Zimbabwe’s total debt stock as of 2018 was 34 percent. According to the China World Investment Tracker, Zimbabwe received in excess of US$9 billion in aid, investment and grants between 2005-2019.

It would be uncharacteristic, sources said, of the Chinese to decline funding a US$3 billion project, and supply about US$1 billion of the equipment to be used in the project, because of the pressure from environmentalists, when 60 percent of China’s power comes from coal.