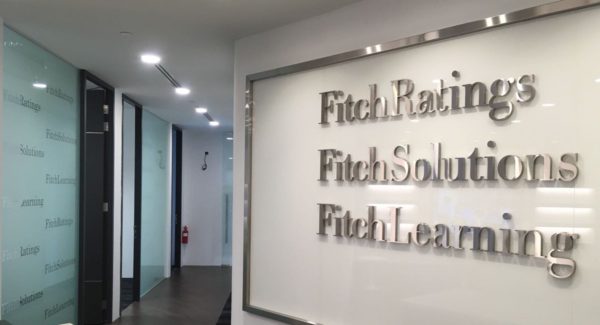 Market-leading solutions research agency Fitch Solutions expects volatility to continue playing to the downside for metal prices in the coming weeks owing mainly to bearish investor sentiment on the back of the widespread Covid-19 pandemic.

The agency notes that metal prices started the year on a strong footing as the Phase One trade deal between the US and China was signed, before succumbing to the news of Covid-19 that infiltrated markets in mid-January.

While metal prices stabilised somewhat in February, Fitch Solutions laments that March saw another collapse, along with the unprecedented stress in financial markets, which resulted in metals broadly falling to below multi-year support levels and heading into lows not seen since the 2015/16 price rout.

Taking this into account, the research firm says it believes prices will remain subdued with further downside risks in the second quarter of this year as governments globally implement measures to contain the spread of Covid-19.

Despite China starting to get its economy back on course, the agency believes investor concerns about global demand outside of China will continue to put pressure on metal prices in the second quarter of the year.

Although lockdowns in China are being lifted, economic growth remains at a standstill outside of China.

In light of Covid-19, Fitch Solutions now sees a global economic recession in 2020, with global growth at 0.8% year-on-year with further downside risks for the year.

The agency has also revised its growth forecasts for major economies and now expects the US, German and Eurozone economies to contract this year.

However, the agency holds on to its forecast for metal prices to recover slightly in the second half of the year, albeit closer towards the fourth quarter, with two main reasons supporting its view.

First, there is an increasing number of miners outside of China announcing halts to production, suspending operations and withdrawing their supply guidance for 2020, which Fitch says “should lead to a tightening of the market later this year as operations halt”.

According to the agency, the market has not priced in this supply issue yet.

For instance, Peru recently implemented 15-day emergency isolation measures. Freeport McMoRan, the operator of the Cerro Verde mine, which produced 453 000 t of copper in 2019, placed the mine on care and maintenance on March 16 following the announcement.

In addition, Anglo American announced it would slow construction at the Quellaveco copper project for 15 days.

“We also think the market has priced in perhaps more than necessary the decline in demand that we will see this year,” Fitch comments.

Second, the agency’s country risk team believes government stimulus in China will be stronger this year than in 2018 or 2019, despite revising down the agency’s forecasts for China’s 2020 real gross domestic product (GDP) growth to 2.6% year-on-year compared to 4.2% year-on-year previously.

This, the agency says, will likely translate into recovering metals demand through increased construction activity or greater manufacturing of automotives or consumer electronics, depending on where stimulus is targeted, offsetting 2020 first-half demand losses and putting a floor under prices by the second half of the year.

Meanwhile, iron-ore and steel remain resilient, and are outperforming other metals, Fitch says.

“While there are no winners during a pandemic, ferrous metal prices have remained relatively more resilient than non-ferrous counterparts since news of Covid-19 emerged in January, in part due to supply issues and partly due to investor optimism on stronger Chinese demand from infrastructure projects,” the agency notes.

Fitch expects this trend to continue this year, with iron-ore and steel prices hovering around $83/t and $541/t, respectively, at the time of writing, displaying weakness but no collapse since averaging $85/t and $565/t, respectively, in December 2019.

After Vale cut its previous iron-ore production guidance for the first quarter of the year, seasonal wet weather in Australia has buoyed prices.

The Covid-19 situation and its impact on air travel also puts iron-ore at the greatest supply risk, as about 60% of the world’s seaborne iron-ore is produced in the Pilbara, a remote part of Western Australia that is a two-hour flight for workers from the state capital of Perth.

“We believe that operations at the greatest risk of disruption are likely those that have a higher dependency on a mobile (fly-in, fly-out) workforce or use local labour but are significantly reliant on fly-in, fly-out employees or contractors for higher skilled roles,” Fitch notes.

With regard to steel, Chinese steel mills are only operating at about 50% or less of total capacity currently, with steel product making likely to see prolonged disruption as the production of rebar used in construction makes better sense.

Coal still a lifeline for SA as transition begins

The spread between Chinese domestic rebar and hot rolled sheet has risen to $40/t as of March 25 compared to just $14/t on January 2.

And, despite stronger fundamentals, copper has suffered the most owing to its status as a barometer for global economic health.

However, since the announcement of stimulus measures, especially in the US, copper prices have stabilised somewhat in the last two days.

Despite aluminium having suffered less than copper, Fitch believes copper has a greater chance of seeing a revival in the second half of the year, compared with that of aluminium, considering that the latter will register historically weak global demand this year even without factoring in the impact of Covid-19 with oversupply in the market widening.

Like copper, fundamentals for nickel remain tight, especially as Indonesia has banned exports since the start of the year, while demand from the Chinese stainless-steel industry will pick up in the second half of 2020.

Nickel stocks at global warehouses, meanwhile, remain low compared to historical standards, and Fitch currently expects the global nickel market to remain in a deficit in 2020.

Fitch further laments that the downside risks to its current price forecasts are slated to the downside, with the main risk being the global demand for metals declining to such an extent, owing to major economies contracting, that gains in Chinese demand fail to offset global losses.

“There is also the risk that the level of stimulus from China that we currently expect does not translate to actual metal demand, which would see prices heading into further bearish territory, especially iron-ore and steel, which have remained resilient compared to other metals due to investor expectations of a strong China rebound and their heavyweight towards China.”

Nonetheless, Fitch’s price forecasts for metals still show that its 2020 forecasts are broadly lower than 2019 averages but slightly bullish from spot levels.