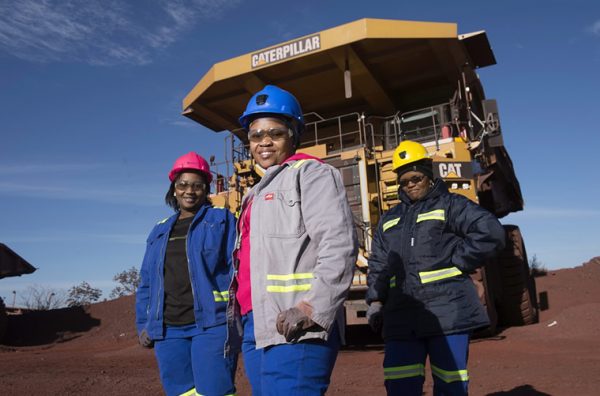 WOMEN in the mining sector have appealed for increased Government support and protection as they are facing numerous challenges in the ‘male-dominated’ industry.

Speaking at a recent mining for sustainable development workshop in Bulawayo, female participants claimed that the mining sector was hostile to them as they were being bullied by their male counterparts.

“We are happy to be given this opportunity to present our grievances as women in the mining industry because we are viewed as inferior. We get claims but do not have enough resources to work on those mines,” she said.

Mrs Ncube explained that lack of proper mining equipment was a major setback for women miners who find it hard to optimise production and earn concrete profits.

“We get claims but we do not have enough resources like generators, compressors, pagers and fuel for our work to be productive and there are few people who do blasting,” said Mrs Ncube.

She said their challenges have been compounded by reduced foreign currency retention at 55 percent, as recently announced by the Central Bank in the Monetary Policy Statement, from the previous 70 percent. The women said they were being subjected to numerous clashes with males over mining claims as well as victimisation, which see them giving up at times.

She said some women have suffered violence and sexual harassment at the mines as they are being taken advantage of because most mining activities occur in the bushes, which are far away from homes and the police centres.

“I am a miner at Nyathi and we discovered that some women are victims of sexual harassment because our mines are far away from homes,” said Mrs Ncube.

Bulawayo MP, Jasmine Toffa, who also attended the meeting, said as Parliament they were going to look into the issues raised as the August House has the tools to help and protect women in the mining sector.

“Parliament has three roles, which is rule making, representation and aspiration according to Section 117. We have tools to help protect the mining sector and it is our responsibility to address people’s grievances,” she said.

Women miners have in the past called for more support in improving their operations. Zimbabwe Women in Mining and Mines Development Trust chairperson, Ms Blessing Hungwe, said: “We have no structures, there is nothing. That’s where I want to try and be a voice but there is no way you can help others without proper structures. There is nothing nationally for women in mining.

The workshop was facilitated by the Zimbabwe Environmental Law Association (ZELA) and Transparency International Zimbabwe (TIZ).