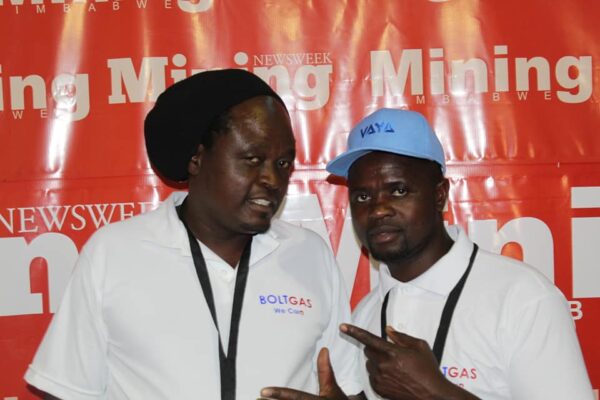 Five suspected machete gangs popularly known as Bhambadzi on Tuesday night invaded a mine in Collen Bawn Matabeleland South with an intent to steal gold ore.

Bush Park 10 mine owner Tichaona Muzenda told Mining Zimbabwe Magazine that one of his workers foiled the robbery by attacking the robbers with an axe.

The suspects tried to flee using a getaway car they had parked outside the mine but mine workers intercepted their car, overpowered them before effecting a citizen arrest, he added.

The two suspects, a man and woman, together with their getaway car were taken to Colleen Bawn Police Station.

The two have since appeared in court and were remanded in custody until next week while the other three suspects are still at large.

“We suspect they were trying to steal gold ore and money,” Muzenda said.

Zimbabwe Miners Federation Matabeleland South secretary-general, Philemon Mokuele said about 60 mine owners stormed the Colleen Bawn Police station after hearing that the police had wanted to release the suspects before doing thorough investigations.

Three die in mine collapse in Zvimba

He, however, said after engaging the police over the matter, the officer-in-charge handled the case “professionally, all our concerns were taken care of which convinced the magistrate that they deserve to be remanded in custody until next week whilst police will be searching for those who are still on the run.”

“We hope and trust that this case will be handled professionally and all culprits brought to book,” he said.

He hoped that all miners in the region will continue having that spirit of togetherness to fighting against violence in the mining sector.

“I wish all miners can continue having this spirit of working together in handling these issues because if we just leave everything to the police, it will be difficult for the police to handle these cases in a manner which will satisfy all of us but if we participate it will help us to end this terrorism by these machete guys,” he said.