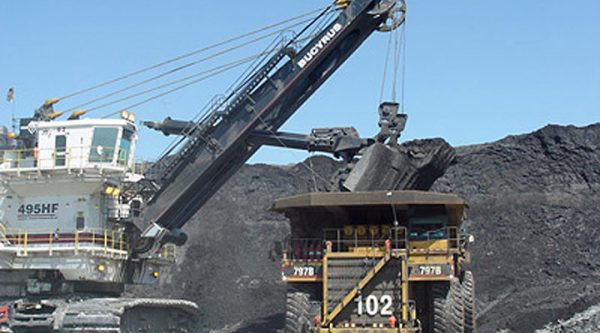 DR ZINYEMBA had been in the acting position for HWANGE Colliery Company Limited (HCCL) since October 2018 until August 17, 2021 when he was confirmed the substantive managing director.

A holder of an MBChB from University of Zimbabwe (1986), Dispensing Medical Practitioner certificate (2001, MCPCPZ (2002) and an MBA he attained from National University of Science and Technology in 2014, had been the coal miner’s medical services manager since January 2011.

He left the post in October 2018 when he was appointed acting managing director, a position he diligently held until recently.

Arguably one of the oldest and largest mining companies in the country in terms of size, production and employment, HCCL is a company which explores, mines, processes coal and its related products in the coal mining town.

The company is also one of the local authorities that co-own Hwange town where it provides various services including social amenities such as health, accommodation and education.

As managing director, Dr Zinyemba will be reporting to the Board of Directors.

However, because the company is under reconstruction, the position currently reports to the Administrator.

“The role directs core mining, processing operations and support services including the Estates and Medical Services Divisions,” said the company in a statement.

Dr Zinyemba’s role, just like his predecessors, will be to ensure that the mining company is profitable and involves a sharp focus on mining, processing and delivering coal and its related products in a strategic and operational nature to the nation and across the region.

Dr Zinyemba has proven to be the tonic the colliery company needs to turn around its fortunes and return to profitability, after driving the company to a profit two years ago.

“As managing director, I am pro-actively working for the benefit of the whole team as well as focusing on individual goals. Under my leadership and stewardship of the administration team HCCL reported a first half profit for the first time since 2012 in 2019. The company also posted an operating profit for 2021.

“Two new excavators, a grader, an LHD and dozer together with three new buses and several new utility vehicles were purchased and paid for in full as part of recapitalisation. Since the start of reconstruction to date, the company has paid salaries in full and on time and has cleared all pre-reconstruction salary areas while making steady progress towards clearing local debts incurred prior to administration,” said Dr Zinyemba, adding that production is steadily improving.

He did his medical internship at Mpilo Central Hospital and United Bulawayo Hospitals between January 1987 and December 1988.

From January 1989 to December 1990 he was a general duty medical officer at the Zimbabwe National Army referral hospital at Imbizo Barracks outside Bulawayo.

He rose to be senior medical officer in charge of the smooth running of all military hospitals and clinics in the Midlands and along the Limpopo Corridor (all military dressing stations and the Field Hospital at Mapai) from Sango border post along the route to Maputo during the Renamo war in the period January 1991 to December 1993.

As a medical practitioner, Dr Zinyemba’s main line of business is in medicine, general surgery, orthopaedics, obstetrics and gynaecology and paediatrics.

Outside work, Dr Zinyemba is a Christian and loves sport particularly cricket, chess and soccer, and the latter could be what Hwange Colliery Football Club needs to get full support for a quick return to topflight football.

He sits in various boards and councils, some of them the Council of the Anglican University in Zimbabwe, member of the Zisco Advisory Group —Technical, member of the ZIMCHEM

As medical services manager, Dr Zinyemba was in charge of Hwange Colliery Company Hospital and eight clinics which are all owned by the coal miner.

This was an executive position reporting to the managing director.

Hwange Colliery Hospital has a private wing for senior staff and paying patients, three generalwards, and a maternity ward.

The facility has a Registered General Nurses’ training school and has been instrumental in spearheading Government health programmes in Hwange District.

The hospital has three theatres, a laboratory, an X-ray department, physiotherapy, pharmacy and dental surgery.

It runs its owhttps://www.chronicle.co.zw/n kitchen, laundry, mortuary and ambulance services and is a member of the private Hospital Association of Zimbabwe.

Hwange Colliery Hospital is ISO9001:2015 Certified and the hospital uses the same QMS system being a division of the main company subject to all the SAZ audits.