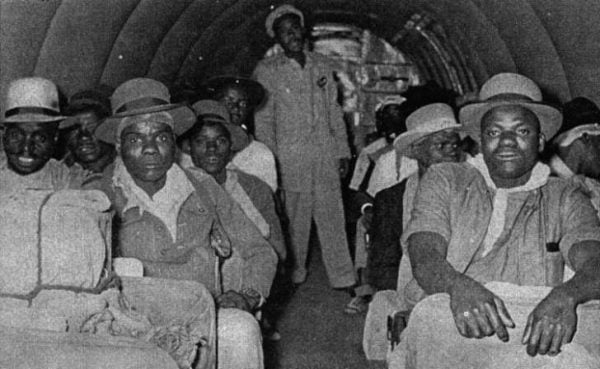 The government will from tomorrow begin a mobile testing and registration exercise for thousands of Zimbabweans who worked in South African gold mines under the Witwatersrand Native Labour Association (Wenela) during the 1960s.

The exercise is meant to facilitate the compensation of the ex-mine workers who contracted respiratory diseases while working for mining companies in the neighbouring country. In a statement, Public Service, Labour and Social Welfare secretary Mr Simon Masanga said the testing and registration of ex-Wenela miners living in Harare and surrounding areas will begin tomorrow at the National Social Security Authority (Nssa) Willowvale offices along High Glen Road.

The exercise will end on Wednesday.

“The Ministry of Public Service, Labour and Social Welfare in partnership with the National Social Security Authority (Nssa) will be testing for pneumoconiosis and silicosis as well as registration of ex-Wenela mine workers.

This is being done to assist the ex-Wenela workers to get compensation from South African mining companies. The mobile testing and registration is being carried out in phases in all the 10 provinces of the country. We are calling on all ex-Wenela mine workers within Harare and surrounding areas to come forward and get tested and be registered. This exercise is being done for free.”

He said all ex-Wenela mine workers are required to bring identification documents, the name of mine they worked for and their mine number (if available). Where the ex-miner is deceased, beneficiaries are requested to bring the death certificate as well as the mine number and name of mine.

Speaking to our Harare Bureau, Ex-Wenela Miners Association of Zimbabwe president Mr Lungelwe Mkhwananzi said: “We are happy that something is happening through the department of Nssa under the Ministry of Public Service, Labour and Social Welfare. We already have some people who went through the benefit medical examinations at the Kadoma Occupational Health Service Centre (KOHSC), thanks to the Wits Consortium and TB in the mining sector (TIMS) who assisted us in terms of funding that exercise. Therefore, a lot of progress is showing because on top of the examinations, we have already sent some names to Tshiamiso Trust but we still wait for the next step.”

However, as a result of poor ventilation in the mines, many of them contracted respiratory diseases such as tuberculosis and silicosis. The migrant workers were not paid their employment benefits accrued at the mines during their years of service. Lawyers representing the ex-Wenela workers and the companies reached an historic five billion Rand settlement agreement in 2016, before the South Gauteng High Court approved the settlement in 2019 paving way for the workers and their dependants to start receiving the money.