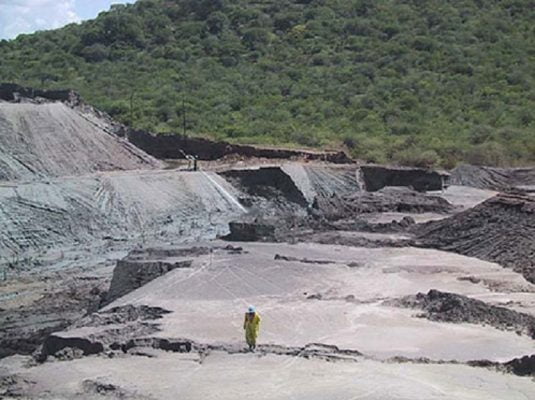 ‘Eskom like an old car that can’t be fixed’

CALEDONIA Mining Corporation, the parent company for Blanket Mine, will debut trading on the Victoria Falls Stock Exchange (VFEX) on December 1, 2021, becoming the third listing on the USD-denominated bourse.

Caledonia will be the third listing on the VFEX, joining SeedCo International and Padenga Holdings.

According to a pre-listing statement, the secondary listing of Caledonia will be by way of introduction of Depository Receipts as Caledonia’s shares cannot be directly traded in Zimbabwe, due to some limitations on the New York Stock Exchange where they are also listed.

“Given that shares cannot be directly traded in Zimbabwe as there are no Securities Exchange Commission of Zimbabwe (SECZim) registered transfer agents with a presence there, Caledonia will therefore issue a number of shares to the Depositary Agent, being Corpserve Nominees (Pvt) Ltd, a SECZ regulated Zimbabwe entity, to hold on the Share Register.

“The Depositary Agent will then issue an equivalent number of ZDRs against shares worth up to US$5 million at a price per ZDR of not less than USD12,50, with the final price and, therefore, number of ZDRs to be issued to be decided and apply to list those ZDRs on VFEX by way of introduction, pursuant to an established structure,” reads part of the statement.

The company noted that further shares could be issued to the Depositary Agent in the future against which further equivalent ZDRs would then be issued.

“There is expected to be a minimum number of ZDRs that must continue to be listed on VFEX but, subject to that and any other conditions imposed by the Reserve Bank of Zimbabwe (RBZ) pursuant to Exchange Control Regulations and otherwise, ZDRs should be redeemable and capable of being converted into shares to be held on the Share Register and tradeable on NYSE or converted to depositary interests admitted to trading on AIM.”

According to the statement, the proposed listing is expected to enable the Group to benefit from incentives announced by the Minister of Finance and Economic Development on 10 May 2021, with it being understood that, with a VFEX listing of ZDRs, members within the Group should be entitled to 100 percent US$ retention of revenue earned on incremental exports.

Caledonia said it will also be able to access investors in Zimbabwe, hence creating local shareholder spread and liquidity. This would allow Caledonia to hold capital raised through the VFEX in approved local or offshore accounts with an internationally recognised banking institution.

“Capital raised would assist the company in funding future expansions, such as financing Caledonia’s proposed purchase of the Maligreen Project claims, situated in Gweru, Zimbabwe,” the company said.

Caledonia said following the commissioning of the Central shaft at Blanket Mine, production is expected to increase from approximately 58 000 ounces in 2020 to the targeted rate of approximately 80 000 ounces per annum from 2022 onwards.