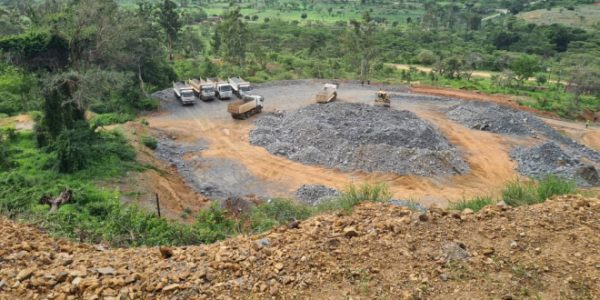 CHINESE company Beifa Investments (Pvt) Ltd has broken its silence on the Dinde project in Hwange and absolved itself of wrongdoing after it was accused of pushing to displace villagers and desecrating graves.

Recently, members of the Dinde community and local Zanu PF leadership staged a protest against the firm’s operations as villagers feared that they would be removed from their ancestral land in order to make way for coal-mining operations by Beifa Investments.

In a statement yesterday, Beifa Investments said its coal-mining operations were above board and within the confines of the law.

“All the paperwork done by Beifa Investments (Pvt) Ltd is above board and the company is in strict adherence with the law,” said project manager Zhou Zheng Qian citing Special Grant No 7712 issued to the company on January 17, 2020.

“Beifa Investments has not evicted anyone or shown any intention to evict anyone within the Dinde community.

“Beifa Investments respects the customs and values of the communities it operates in, and it has never been the company’s wish to unsettle or violate such customs and values … (Beifa) categorically denies ever desecrating any graves in the Dinde community as alleged or at all.”

The statement came a week after reports that the company had sunk holes near gravesites in Dinde.

“We wish to point out that the company did not sanction the drilling of any holes.

“As such, if there are any holes on the gravesite, that would be the work of other people unknown to the company,” Qian said.

“We note that there are some unfortunate attempts to drag our company into perceived political shenanigans.

Horrible working conditions at KAZSHAM mine in Norton

“We reiterate that we are in Zimbabwe for legitimate business, we are absolutely not involved in any politics of whatsoever nature,” Qian said.

Zanu PF Dinde area chairperson Never Chuma, who is also Dinde Residents Association deputy chairperson, is set to appear in court on May 16 on charges of incitement to public violence after leading villagers in a protest against the coal-mining venture.