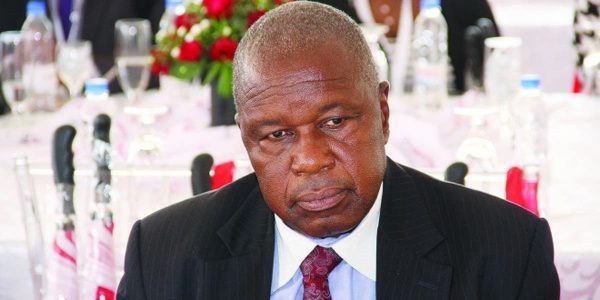 A NEW town is set to be born between Mvuma-Chivhu and Manhize where Tsingshan Group Holdings, a Fortune 500 listed company is set to build a world class iron and steel plant that will also come with ferrochrome furnaces.

Already, siting for a dam along Munyati River, urban planning, logistical and other infrastructural development projects are underway in what is the fruition of one of President Mnangagwa’s flagship investment programmes under his Zimbabwe is open for business mantra.

The project will be carried by Tsingshan’s subsidiary, Dinson Iron and Steel Company which will be the largest steel plant in Southern Africa.

The US$1 billion investment project will have an annual turnover of US$1,5 billion from the processing plant and iron ore mine from next year.

Equipped with a 1,5km-by-600-metre carbon and steel plant, an iron ore mine, and a ferrochrome plant, the project will have a capacity of 1,2 million tonnes a year, while between 4 000 and 5 000 people will benefit through employment across value chains.

The project, which was almost scuppered by G40 functionaries in 2014 as a powerful figure allegedly demanded a 60 percent shareholding in the US$10 billion investment that Tsingshan had earmarked for Zimbabwe, comes at a time when the country’s economy is on a rebound.

Back then Tsingshan Group, whose annual revenue in 2018, according to Forbes exceeded US$28 billion took their money to Indonesia and only returned to Zimbabwe after the birth of the Second Republic under President Mnangagwa’s rule.

In an interview, former Norton legislator and Zimbabwean Ambassador to China Mr Chris Mutsvangwa, who has followed the project since its inception said President Mnangagwa’s vision is on display as Tsingshan, whose chairman is Mr Xiang Guangda, transforms
Mvuma, Chivhu and Manhize.

“Mr Xiang Guangda was already an investor in Selous and wanted to expand in Zimbabwe but was turned down because an influential figure in G40 wanted 60 percent of the company under the Indigenisation Act. That explains why the first thing that President Mnangagwa did when he came into power was to repeal the Indigenisation Act,’’ he said.

While he was Vice President, President Mnangagwa in 2016 went to China to revive the project but was undone by the G40 elements who stopped some of the members of the team from travelling to the Asian country.

“On two occasions, the G40 elements stalled the project. The G40 were blind moles, they didn’t see where this project was going. Look at where the company is now. In 2020 Xiang was number 329, the previous year he was number 361, and now he is 279 on the Fortune 500,” said Ambassador Mutsvangwa.

For the local communities, the project is a game-changer as it will bring employment and also give economic pulse to a region that has lost in terms of investment over the years.

The epicentre of the multi-million-dollar project is around the mountainous Manhize escarpment which forms the border with Mashonaland West and slightly protruding into Chirumhanzu but with its backbone in the Chikomba District, within an area under the traditional jurisdiction of Mambo Nyoka of the Museyamwa lineage.

Recently a site visit was conducted by the company representatives and the local leadership led by Chief Chirumhanzu within the Manhize area, to facilitate the commencement of feasibility research that will lead eventually to project implementation.