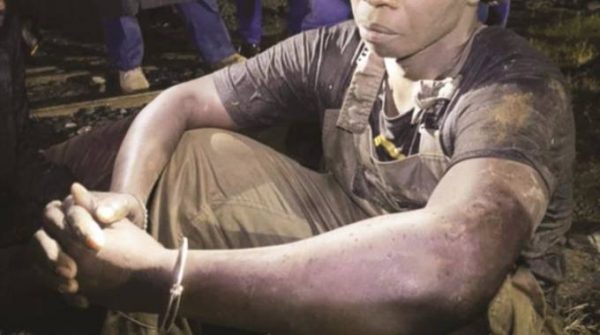 TWO daring men, who were part of a 17-member gang that breached security at gold-rich Eldorado Mine and sneaked underground to steal gold ore, have been convicted of contravening the Mines and Minerals Act.

The duo of Isaac Kufakunesu (37) of Chinhoyi and Takemore Kapungu (27) of Kwekwe, were also facing two counts of impersonation after they allegedly misrepresented that they were police and army officers investigating a robbery case at the mine, when, in fact, they intended to steal gold ore.

Chinhoyi magistrate, Rumbidzai Chuma acquitted the accused on the counts of impersonation, but found them guilty of illegally entering the lucrative mine operation.

The complainant was Eldorado Mine represented by Samuel Chimombe, a security officer.

The state case, led by Knight Tafadzwa Rwodzi was that on March 18, 2021, at around 6pm, Sifiso Mathuthu and Billi Marivate, employed as security guards at the mine, were deployed to guard the shaft.

The court heard that on March 19, 2021 at around 1:30am, the accused persons and 15 accomplices who are still at large, sprang from the dark and confronted the guards.

Kufakunesu, Kapungu and other gang members were putting on army and police uniforms.

They lied that they were on duty pursuing a robbery suspect, who was within the mine.

The guards demanded the “officers” to produce identity cards, but they failed to show them, thereby raising suspicion.

The gang was advised mine superiors were going to be notified of their presence at the premises.

The court further heard that as the guards were making efforts to contact their superiors, the gang took advantage of the security lax and entered the mine shaft through the headgear and went underground.

Some of the accused persons were clutching satchels and empty sacks, a clear indication they intended to steal gold ore from the mine.

On March 22 at around 7pm, Masarakufa and Kapungu were arrested by security personnel while underground as they attempted to exit the mine shaft.