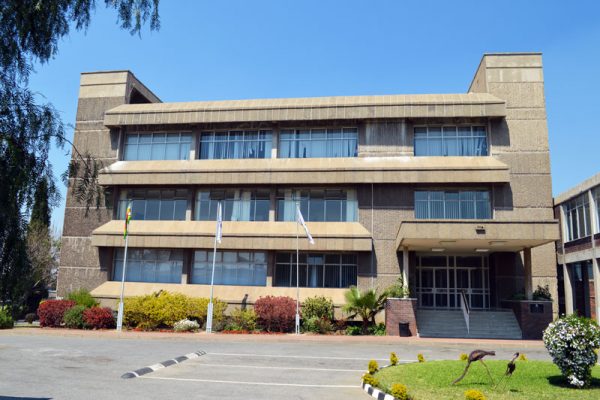 RESERVE Bank of Zimbabwe governor John Mangudya has said Fidelity Printers and Refiners’ monopoly in the buying and marketing of the country’s single biggest foreign currency earner, gold, will stay, warning that liberalisation will see annual output plummeting to 4 tonnes on rampant smuggling.

This comes after the parliamentary portfolio committee on Mines and Mining Development recommended the end of Fidelity Printers and Refiners’ monopoly and liberalisation of the sector to increase export earnings for the country.

“We all know that the last time the gold was liberalised production dipped to 4 tonnes and we were disqualified from London Bullion Market Association (LBMA) because we were below 10 tonnes so we have got history we know the experience,” Mangudya said at a breakfast meeting organised by Daily News and the ministry of Mines and Mining Development in Harare yesterday.

“Miners should market their gold through FPR as it refines miners’ gold and store it as a national asset and reserve asset. But if we do what we did in 2004 and 2005 thereabout whereby we liberalised we will go back to four tonnes again.

“Do you think people produced four tonnes only, actually people produced over 30 tonnes and over 26 tonnes were smuggled to South Africa,” he said. Mangudya said people’s mindset needs a reset. Government suspended SI 25 of 2005 due to rampant smuggling and does not want to suffer the same predicament.

Yesterday Finance and Economic Development minister Mthuli Ncube said over 30 tonnes of gold were smuggled to South Africa due to the forex retention policy which needs a realignment.

Mangudya concurred with Ncube on rampant gold smuggling, saying the liberalisation of the sector will only make it worse.

“Right now we are not monitoring gold to the extent we should as the gold is going out of the country at an alarming rate and smuggling of gold is rampant. I now hear a few names that I cannot pronounce that are said to be coming for gold here in Zimbabwe. Now you can imagine if we liberalise the selling of the precious mineral what will happen,” he said.

“The environment right now is not conducive, liberalisation, all present ministers, under this environment it is not possible to liberalise yellow metal sector as they are many people who are waiting to smuggle gold.”

Mangudya said the country needs to level the playing field, first, before liberalising the gold sector. He said it is premature to free up the gold market. Fidelity Printers and Refiners is the country’s sole legal buyer and marketer of the yellow metal.

Producers bemoan the monopoly, blaming it for providing fertile ground for inefficiencies that have in turn benefited the black market to the detriment of the economy at large. Producers complained Fidelity is in some cases taking up to four weeks to pay for deliveries, a situation that leaves miners vulnerable and unable to pay for suppliers.