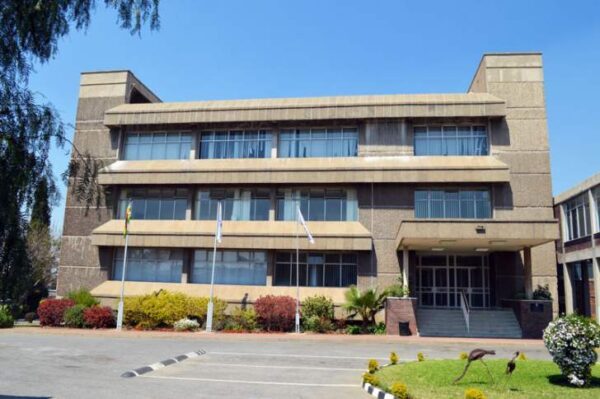 Zimbabwe’s sole gold buyer, Fidelity Printers and Refiners (FPR) is cautious of reaching 27 tonnes of gold output this year due to the late interventions by the monetary authorities.

Prior to the 5% incentives for those who deliver above 20 kilogrammes, removal of royalties and payment at the prevailing international gold prices rate, the gold deliveries averaged 1.39 tonnes per month.

But in June and July gold deliveries averaged above 2.8 tonnes, giving a glimpse of hope on the country’s gold export receipts.

A Fidelity official who preferred anonymity told Business Times that the country could near the 27-tonne mark by the year-end.

Trending
Why gold smuggling is rife in Zimbabwe
The official said Zimbabwe was going to surpass the 35 tonnes mark if the incentives were put in place earlier.

FPR gold operations head Mehluleli Dube told this publication that this year’s gold deliveries are difficult to project due to the different tales of gold deliveries between the January to May period and June to July.

“We are yet to discuss the final figure but I don’t think we will surpass the 28 tonnes achieved due to the difficult period that we experienced from January to May.

I can’t really tell where we would be by year-end as gold deliveries were extremely down during the first five months but during the past two months, the situation has improved significantly,” Dube said.

He said clear projections will be made after four months of a good run of gold deliveries.

Monetary authorities are urging gold miners to increase production in an effort to get high returns from the prevailing international gold prices.

Overall, gold export receipts rose 42% to US$648.4m for the seven months from US$457.2m due to the 5% incentive, scrapping of taxes on small scale miners and timeous payment in line with the international gold prices.

Smugglers were estimated to be shipping out about 2.5 tonnes every month.

Small-scale miners were also confirmed to sell their gold to FPR.

The small-scale miners are delivering above 400 kg weekly and more is expected, according to experts.

Resultantly, the June 2021 gold deliveries clocked 2.92 tonnes against 1.4 tonnes same period last year due to a reviewed Fidelity’s buying price of gold for the artisanal miners and small scale miners.

In May gold deliveries fell 5% to 1.38 tonnes in April 2021 from 1.46 tonnes recorded during the same period last year with the positive output only recorded in March where deliveries improved 2% to reach 1.80 tonnes from 1.77 tonnes.

With the recent surge in production, mining experts are projecting a huge recovery during the second half of the year.

ZMF implores women with disabilities to take up mining

With all miners paid to date and payment at the prevailing international gold prices, a major surge in deliveries is expected.

The gold output plummeted 31% to record 19.052 tonnes during 2020 from 27.66tonnes recorded during 2019 due to Covid-19 effects, delay in payments and low foreign currency retention levels.

In an intelligence mining report last year, President Emmerson Mnangagwa’s government was advised to pay gold producers at world prices to woo them into selling the yellow metal through the formal channels.

The report blamed FPR’s flawed centralised gold buying scheme and called for the law to bring complicit powerful politicians to book as they are believed to be sponsors of machete gangs’ violence in the Midlands Province and Mazowe in Mashonaland Central Province.

In reaching 100 tonnes by 2023, Dube said it is a toll order for the country to reach a centurion due to lack of capital investment and informalisation of the sector.