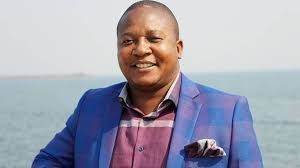 THE rate at which gold, the country’s biggest foreign currency earner, is being illegally smuggled out of the country is worrying.

According to official statistics, Zimbabwe is losing at least US$100 million worth of gold every month, which is being smuggled out of the country through the porous borders.

Reports of people being arrested or intercepted while trying to smuggle gold out of the country have been on the increase lately.

Recently, a 33-year-old Zimbabwean man was arrested at South Africa’s OR Tambo International Airport allegedly trying to smuggle 23 pieces of gold worth R11 million into the neighbouring country and a Chinese national was also arrested trying to smuggle 7kg of gold out of the country.

The good news however, is that the Government is in the process of putting in place systems to plug the leakages.

Some of the measures that the Government is working on to plug the leakages include installing a sophisticated computerised system at the country’s border posts and airports which will be able to detect illegal activities.

The Treasury also intends to buy 500 police vehicles as part of a raft of measures to help fight crime and improve efficiency in terms of policing and fighting corruption among other illegal activities.

‘‘Government will be setting up an inter-ministerial committee to investigate and come up with concrete measures to plug the smuggling of our minerals,” said Deputy Minister Kambamura.

He said monitoring of ports of entry and exit will be key.

“Chief among the duties of the committee will be coming up with measures of tightening security and monitoring at our ports of entry and exit as these have become so porous,” he said.

“This is a serious challenge we are facing as a country and we need to find a solution. The people are smuggling the gold because the get more outside the country compared to local prices. It seems the 60-40 percent retention is not good enough,” said Mukaratigwa.

He said the mismatch between parallel market rates and official exchange rates was also fuelling smuggling.

“We have a lot of undeclared gold that we believe is being smuggled out of the country. These reported cases are just a tip of the iceberg so how much are we losing as a country?”

Mr Mukaratigwa, who is also Shurugwi legislator, said there is a need to tighten security and block leakages at the entry and exit points, including embracing technology for surveillance.

“We anticipate new measures, which are both ICT-oriented and adequate training for those manning our border posts,” said Mr Mukaratigwa.

He said there were aerodromes that are in the bushes which could be used for smuggling gold and they need to be monitored using state-of-the-art technology.

“We need to formalise artisanal and small-scale mining by creating mining syndicates which can account for all the gold mined,”said Cde Mukaratigwa.

He said his committee wants to bring together all concerned stakeholders so that they have an input into the proposed systems of curbing leakages.

“We need an integrated system where police work hand in hand with other stakeholders like airport officials, Ministry of Mines and President’s Office,” said Cde Mukaratigwa.

He said the hammer and chisel way of extracting gold lacked accountability.

“As long as we continue turning a deaf ear to the issue of mechanisation and continue with our hammer and chisel way of mining, which in itself is not sustainable, we will have difficulties to account for the gold produced and any miner can do whatever he wants with it,” he said.

His sentiments come at a time when RBZ Governor, Dr John Mangudya announced that the bank has started an initiative to register all small-scale miners.

Dr Mangudya said all artisanal miners will soon be registered as part of efforts by the Government to formalise their operations, curb illegal gold dealing as well as protect the environment.

The move was hailed by ZMF President Ms Henrieta Rushwaya who said the ZMF embraces the move by the Government as it goes on to decriminalise gold possession.

“We welcome the move by the Government with regards to the registration as it will ensure that we operate within the confines of Zimbabwean laws,” said Ms Rushwaya.

“As ZMF we are saying it is a welcome move and we would also further want to urge the Government to decriminalise gold possession,” said Ms Rushwaya.