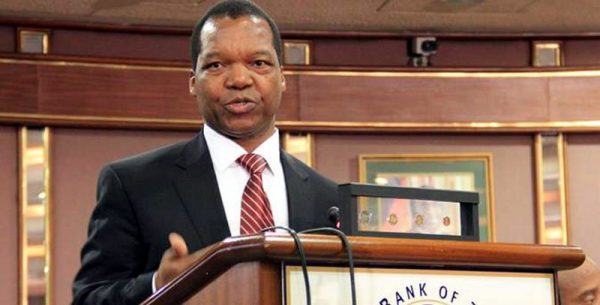 In an endeavor to eradicate an inflationary environment in Zimbabwe that can be said to have possibly been caused by the previous monetary policy which its aim was to stabilize the bond and create a stable economy, the Reserve Bank of Zimbabwe governor John Mangudya announced the new monetary policy yesterday that is meant to restore value to money.

According the policy all gold miners of particular interest small scale and artisanal miners will receive foreign currency retention of 55 percent from the 70 percent which they has been complaining to be not enough, other miners for example chrome miners et al will receive 50 percent retention from their productions.

The miner who has been lamenting for 100 percent USD retention is being rewarded the 100 percent or something close to indirectly, the miner is going to receive part of their money in RTGS pegged at a market rate of the day, which will be totally different from the previous one which was dictated at 1:1 without respecting the market forces.

The ability to retain our mineral value remains the key point no matter what the market changes to when you convert RTGS to USD the mineral will retain its value, under the old policy all minerals at 50 percent RTGS lost 39 percent of its value at 1:1 making it not feasible to mine, under the new policy the market rate might ensure the minerals will retain their value in equivalent to USD.

Miners have been accused of fueling the black market with USD, a practice that does not violates the country’s monitory laws but kills the economy. The government recently legislated Statutory Instrument 122A of 2017, Exchange Control (Amendment) Regulations, 2017 (No.5), which criminalises the illegal trading in foreign currency.

With the introduction of Bureau de Change some black market forex traders might be forced to register to become legal thereby reducing the risk of foreign currency being in the hands of unregulated individuals who would change the rates whenever they think it is necessary to.

However, with the introduction of the February 2019 monetary policy, it would be unrealistic for miners to facilitate forex to the black market, when they have access to foreign currency at the bank, the bond might  phase out since people will be primarily be working with RTGS and forex. If miners will get their RTGS money in the equivalent market rate, the economy and value of money might be respected.

The small scale and artisanal gold miners who were receiving a retention of 70% and were at the same time crying for 100 percent USD will now be getting less than what they have been getting when it comes to USD but in actual fact the value might have been increased from the previous assertion.

The negative side of the policy to the miner

The policy although created to give value to money might again cause a massive inflation, due to little exports in the country, forex might be scarce thereby promoting unscrupulous movement of money from the banks to the black market, the new monetary in actual fact might strengthen the position of the black market trade and money laundering than curbing it.