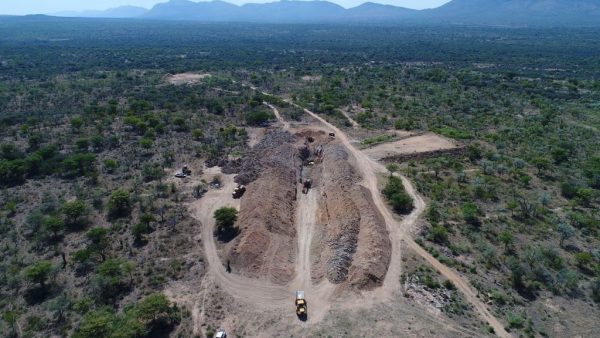 Petra Diamonds (LON: PDL) has delayed the publication of an internal probe into alleged human rights abuses at its Williamson mine in Tanzania after obtaining fresh information related to the case.

The company had originally committed to provide feedback on an investigation being carried out by an external adviser, in conjunction with its legal advisers, by the end of March.
Petra now expects to release the results of the inquiry and the company’s reaction to them by the end of April.

“The company has recently obtained further additional information relating to the allegations, which will help with the preparation of its report, and this information is currently being processed by the external adviser,” Petra said in a media statement.

The announcement comes only days after UK-based corporate watchdog RAID revealed it had further evidence of alleged abuses at the diamond mine.

The non-profit organization published a new report on March 25 that included dozens of eyewitness accounts on how security guards employed at Williamson allegedly abused their power.

Among the testimonies, a former guard said rubber projectiles were intentionally swapped with metal bullets in their weapons, causing “serious harm” to local residents shot on Petras concession.

While rubber bullets can cause serious injury, even kill, they are not supposed to penetrate, whereas “the gun pellets can enter someone’s body and stay there,” the guard told RAID. “Someone would need an operation to remove them, and if they are close to the gun, they can definitely cause death.”

Petra reacted to the report by saying it had taken a number of actions to address the situation at the mine, including the replacement of the third-party security contractor Zenith.

The diamond miner, which also has three operations in South Africa, formed in February an internal committee to oversee the ongoing investigation. The move came after UK-based law firm Leigh Day filed a lawsuit against the company in the High Court of England on behalf of 32 anonymous individuals.

The Williamson mine, active since 1940, is in Shinyanga, one of Tanzania’s poorest regions. It produced a 54.5-carat pink diamond presented to Queen Elizabeth for her wedding in 1947.

The Africa-focused diamond producer has said the mine had been the target of illegal artisanal miners “for some time” due to challenges in securing the large perimeter of the license area.

“This illegal mining activity is managed by the mine operator Williamson Diamond Limited (WDL) and the local government authorities on an ongoing basis,” it said at the time.

Petra has dealt with the incursion of illegal miners at its operations before. Last year, it opened up some of its Koffiefontein mine’s tailings in South Africa to small scale miners. The move aimed at tackling illegal activities and solved some issues caused by artisanal miners at the asset.

It previously carried out a similar exercise at Kimberley, in Northern Cape, where small scale miners operated “the floors” of the property — an area previously worked by Kimberley’s founding miners.

The project, kicked off in 2017, was not a success. Its then joint venture partner, Ekapa Mining, reported a year later it was still spending R3 million (about $180,000) a month in security. Petra sold its stake in the Ekapa partnership in 2018.