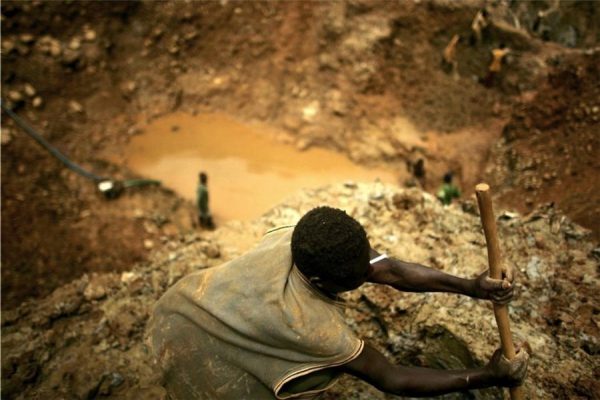 The Zimbabwe Republic Police (ZRP) on Wednesday in an effort to stop the rising of illegal mining in village 5 Lornekope Kadoma, recovered abandoned mining equipment which includes four windlasses, a 30-kilowatt generator, and Jackhammer.

The area has become a haven for machete-wielding robbers who target artisanal miners and the police has been fighting to sanitize the area.

“Following the proliferation of illegal gold panning at village 5 Lornekope, Kadoma, on 15/0921, Police descended on the illegal mining site and recovered abandoned mining equipment which include four windlass, 30 kilowatt generator and Jack hammer.” The Police said.

Last week three people were arrested in Kadoma after machete-wielding gangs clashed following a gold rush in the village, which left several illegal miners seriously injured during the battle.

Most of them were armed with machetes which they used to attack each other and there are unconfirmed reports that some of them had their ears cut off while others sustained deep cuts on their heads and faces during the melee.

National police spokesperson Assistant Commissioner Paul Nyathi confirmed the arrests of the three and said they will appear in court tomorrow.

“From the information that we have gathered so far, there is a gold rush in that area and they are also rival parties who clashed between the weekend and yesterday,” he said.

He said following the clashes, the gangs decided not to make a report to the police but went to Kadoma Hospital to seek treatment.

While at the hospital, it is alleged that another confrontation erupted resulting in the officials making a report to the police.

Police reacted and managed to arrest three of the suspects who are still assisting police with investigations.