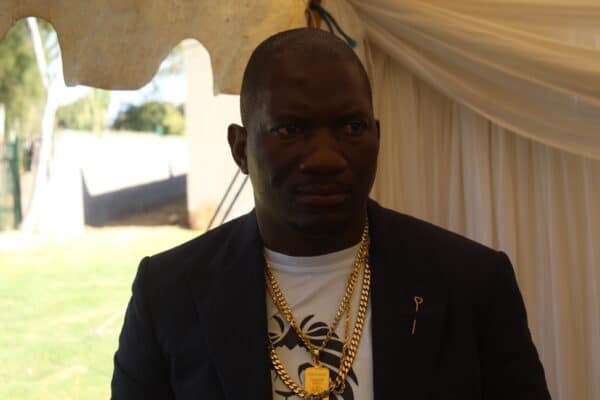 Better Brands Jewellery (BBJ), a local gold-buying agent, has delivered 1,39 tonnes of gold to Fidelity Printers and Refiners (FPR) so far this year, which eclipses cumulative deliveries by the small-scale mining sector.

“Having delivered 1,39 tonnes of gold to FPR so far, I am pretty sure that we would have doubled that number by year-end or in the second half of 2021.

“It has been a proud moment and modest achievement for us, especially after delivering 850 kilogrammes last year,” said Mr Sakupwanya, who is also the interim chair of the recently formed National Gold Buyers Association of Zimbabwe (NGBAZ).

“As a company, we remain honoured by the Government’s empowerment programmes and challenged by President Mnangagwa’s mining sector targets, hence our singular efforts to continue making contributions to that US$12 billion
vision.”

Mines and Mining Development Minister Winston Chitando believes artisanal miners and NGBAZ are key in the Government’s target to increase the annual gold haul to 100 tonnes by 2023.

“I am pleased that (the organisation) has braced itself for this noble cause because leakages are threatening gold deliveries . . .,” Minister Chitando was quoted as saying in March.

While the country has been producing large quantities of the metal every year, deliveries to FPR have been low due to smuggling.

According to Mr Sakupwanya, NGBAZ’s thrust was to ensure the country gets the maximum possible benefit from its mineral resources.

“Our thrust is to ensure the country’s interests are protected in the trading of the yellow metal and our mandate is to… raise bullion deliveries through solid and recognisable structures (to) help with the monitoring and coordination of licensed players’ activities,” he said, adding:

“With the right policies and incentives, small-scale miners can only do better in a market where chaos and price distortions were eliminated.”

“Crucially, NGBAZ was a vote of confidence in President Mnangagwa’s policies . . . and a confirmation of our support for a self-regulated industry where indiscipline is not tolerated.”

The businessman — who was recently honoured by the Institute of Corporate Directors Zimbabwe (ICDZ) and Chartered Institute of Project Managers (CIPM) for being “one of the most influential mining-sector executives and helping nearly 5 000 artisanal miners” — cheered the partial privatisation of FPR.

Under the envisaged structure, the RBZ will retain 40 percent while the remainder will be disposed to small-scale and large-scale gold producers.

BBJ has always been one of FPR’s “top three suppliers”.

It generated nearly US$1,3 billion in 2018 and accounted for more than 60 percent of the mining sector’s annual revenues.

Under the Government’s current plan to grow mining to a US$12 billion industry by 2023, gold is expected to contribute US$4 billion annually.