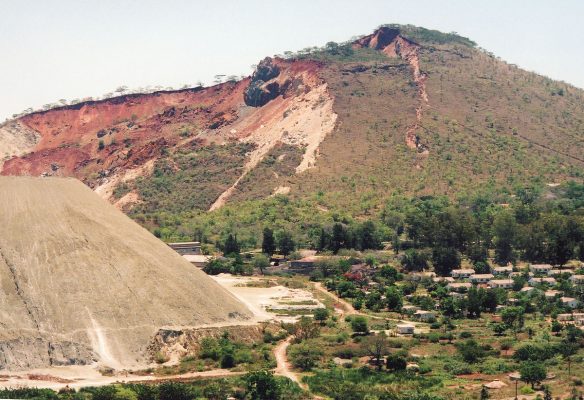 SHABANIE Mashaba Mines (SMM) Holdings, which is under reconstruction, has disposed of its entire 43,22 percent shareholding held in the Zimbabwe Stock Exchange-listed and mining consumables manufacturer, General Beltings.

The deal to dispose of the shares was concluded with Jemaimah Investments, a consortium of local businesspeople.

This was revealed in a statement accompanying financial results for the year ended December 2020, where General Beltings indicated that SMM has cut ties with the business.

“During the last quarter of 2020, SMM divested its 43,22 percent shareholding in the company.

“Jemaimah Investments came on board as the largest single shareholder with 43, 22 percent taking over the SMM shareholding in the company,” it said.

In the period under review, General Beltings Holdings total volumes increased by 10 percent at 698 tonnes when compared with the prior year’s 636.

Turnover increased by 52 percent to $334 million compared with the prior year’s $219 million due to improved market consolidation by the firm’s rubber division.

A favourable product mix at the chemicals’ division shored up the negative impact of volume losses arising from lockdown measures.

“Operational cost increases were contained within inflationary levels despite significant increases in labour and utility costs,” said the company.

A resultant operating profit of $91 million was a 20 percent increase from $76 million recorded in 2019, as the company benefited from market consolidation efforts in the mining sector and opportunities arising from Covid-19 increased hygienic awareness.

On the outlook, General Beltings said the reopening of the economy following the second wave of Covid-19 and administration of the vaccine has given a ray of hope in dealing with the pandemic.

“In addition, the expected bumper harvest and a satisfactory rain season is expected to stimulate growth in the downstream manufacturing sector thereby creating jobs and demand in the economy,” it said.

“Further, the inflow into major dams and water reservoirs is expected to resuscitate irrigation schemes leading to higher agricultural produce and consequently to a relatively lower food import bill.”

It noted that the Government’s National Development Strategy 1 was explicit in the role of the mining sector, which consumes the company’s products as a significant contributor to the attainment of a upper middle-income economy by 2030.

“In view of the above, the General Beltings division will strive to consolidate further its market position in the mining sector.

“Cernol chemicals will endeavour to regain its market share in the re-opened economy underpinned by growth from both the mining and agricultural sectors,” said the group.