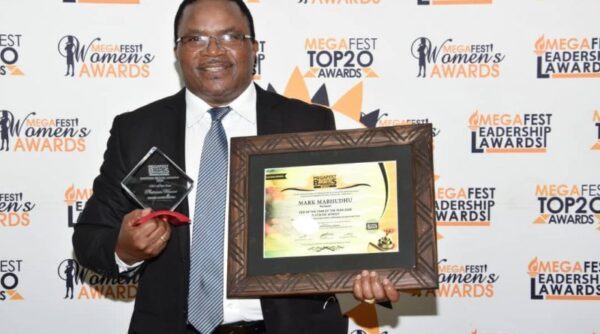 NEC rates of pay for the Mining Industry July – December 2021

Musician Plaxedes Machuma (popularly known as Plaxedes Wenyika) was the guest of honour at the colourful awards.

Mashonaland West Provincial Affairs and Devolution Minister Mary Mliswa-Chikoka attended the occasion in which her sister Ms Nomhle Maggie Mliswa was among the winners in outstanding women in the business category.

Among other notable winners, there was Gweru businesswoman Dr Smelly Dube who also won the best outstanding leader in business award.

This year, Mabhudhu was crowned Eastern Region Megafest CEO of the year Platinum award for his outstanding business leadership.

Mabhudhu has over 28 years of experience in the mining industry locally and internationally.

Mabhudhu started his career in 1990 at Rio Tinto Cam Dump Gold Retreatment Plant as a metallurgical student on attachment where he performed metallurgical test-work and material balance schemes.

He also had an opportunity to familiarize with the Empress Nickel Refinery and learnt the entire business value chain of the operations.

In 1993, he was employed by Auridiam Zimbabwe (Pvt.) Ltd – River Ranch Diamond Mine for three years where he designed and built, commissioned and optimized the plant.

Between 1996-99, he moved to BHP Zimbabwe (Pty) Ltd – Hartley Platinum Mine as a Process Metallurgical Engineer where he built and commissioned the Hartley Platinum Complex including the Concentrator plant, Smelter and Refinery plants, optimized the Concentrator plant and ramped production to full capacity He recruited, trained and developed plant personnel across the plant operations. He rose through the ranks to plant superintendent level.

He then joined Debswana Diamond Mining Company – Jwaneng Mine in  1999– April 2009 where he built, commissioned and optimised the state-of-the-art diamond processing and recovery plant.

While at Jwaneng Mine, he obtained a full understanding of the entire value chain into diamond valuation, as well as the cutting and polishing industry.

He rose through the ranks from mineral process engineer to the technical process manager and finally strategy executive of the organization.

Mabhudhu was appointed the inaugural CEO of PAASOL Resources Zimbabwe (Pty) Ltd in August 2009 – 2010 and ratified by the Board of Directors to provide leadership and direction of this start-up organization.

In 2018, he went on to join Vast Resources PLC – Diamond Business as a Consultant/Executive Director in charge of directing and leading the firm’s aspirations of becoming a prominent mining house in the country as well as internationally with particular focus on diamonds and setting up the Zimbabwe mining operations.

In September 2018 , Mabhudhu re-joined ZCDC as the substantive Chief Executive Officer with the sole responsibility of repositioning the diamond company into a profit-making entity in line with shareholder and stakeholder expectations.