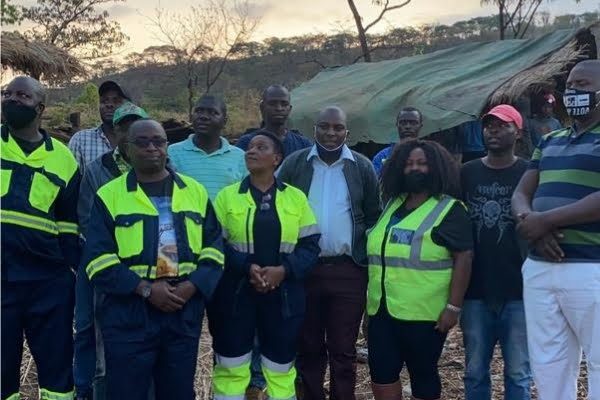 ZMF secretary for people with disabilities, Prazini Jakata said  they should take advantage of the new policy.

“And they have also assisted in the change of their constitution to accommodate people with disabilities,” Jakata said.

He added: “What is only there with young women with disabilities in mining is that they fear to travel a long journey they never travelled. It is just out of what they hear from the corridors of those who have failed to achieve anything.

“Personally I would encourage young women to take up mining because ZMF will always protect them. They will always try to make life easier for them.

“ZMF  is the first organization to recognise disability in its own structures as demonstrated by our inclusion by the constitutional amendment as witnessed at the Zimbabwe International conference centre on March 16,2021.”

He said some provinces under the ZMF  have  syndicates for persons with disabilities.

“When the president launched the National Disability policy on June 9, 2021, ZMF already catered for persons with disabilities.

“As we speak right now I am sure in Masvingo we have 51 syndicates for persons with disabilities. So if young women with disabilities remove that fear from themselves they will find themselves living large because they will be having resources as they extract minerals from the ores,” Jakata said.

He said people normally have negative perceptions when it comes to small-scale mining.

“For some reasons people normally say negative things about mining or what they call kukorokoza. We can make it as people with disabilities. What is needed is the prospector’s license at the first stage. Once you have the license you automatically acquire or peg mining claims anywhere in Zimbabwe,” he said.

Jakata said there were sponsors who were willing to sponsor small-scale miners in the country.

“None will be left out whether it’s women or men. There are a lot of packages that ZMF holds including reduction of membership fees, tagging fees, the CBZ bank has got other partners and a host of other potential sponsors who are willing to assist us to pass through hurdles that we fear. You can get a prospector’s license alone or form a syndicate and a mining claim of two or more people. Anyone who is a citizen of Zimbabwe and is above 18 can get the prospectors’ license,” said.