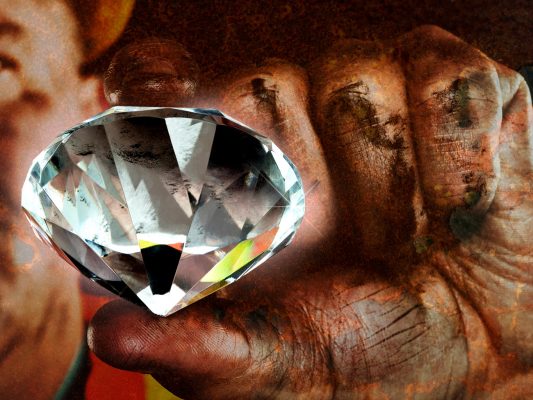 THERE are plenty opportunities available in Zimbabwe’s mining sector that could be exploited by both local and foreign investors.

Research also shows that Zimbabwe has six out of 10 of the world’s most valuable minerals.

This massive resource base creates lucrative opportunities for investors in exploration, mining beneficiation among others. 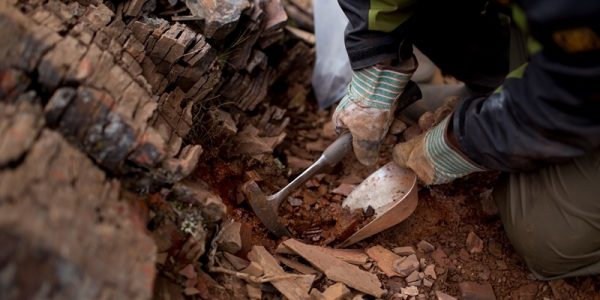 While addressing delegates at the 2018 Mining, Engineering and Transport expo held in Bulawayo in October, Mines and Mining Development Minister Winston Chitando admitted that the country has no record of its untapped mineral resources because there has not been any exploration work for the past decades.

This means Zimbabwe has been boasting of its vast mineral wealth without knowing exactly what is underground.

So, exploration is a very big opportunity which arises in the mining industry which those with financial muscle can take advantage of.

But this type of investment would require high amount of capital. In other words, it is not ideal for small scale miners.

Investors would also want to invest in mining activities in the country. As said earlier, Zimbabwe boasts of a huge and highly diversified mineral resource base dominated by prominent geological features, namely, an expansive craton, widespread greenstone belts (also known as gold belts), the famous Great Dyke, Precambrian and Karoo basins and metamorphic belts, according to government records.

This could be done through joint ventures with Zimbabwe Mining Development Corporation, small scale miners and other miners facing financial constraints. For instance, according to Zimbabwe Mining Potential Booklet, there are over 4 000 recorded gold deposits, nearly all of them located on ancient workings. The same document identifies the country as having chrome reserves on the Great Dyke of approximate 10 billion tonnes. Deposits hosted outside the Great Dyke occur in some ultramafic rocks of the Shurugwi, Mashava and Belingwe greenstone belts, and ultramafic bodies in the Limpopo Mobile Belt. 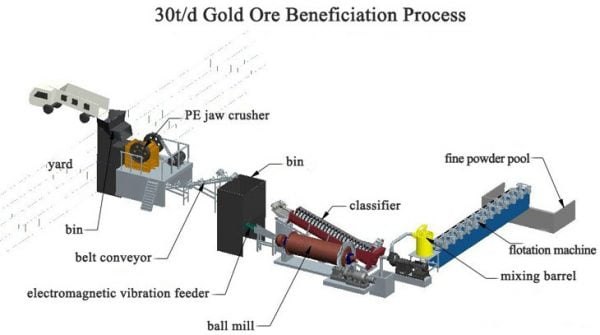 As alluded above, Zimbabwe is richly endowed with bountiful mineral resources but the southern African nation has not been deriving meaningful benefit from its mineral reserves as the country has always been exporting its mineral wealth in raw form.

For years, the country has been exporting the majority of its minerals unprocessed.

There is a need for the country to derive meaningful benefit from its mineral resources by adding value into its minerals.

Given that government is still grappling with the economic woes that have dogged the resource-rich nation over the past few decades, those with capital could cheap in.

So investors can set up local mineral beneficiation facilities.

The Mines and Minerals Bill draft requires a proportion of mineral output being reserved for use in local value-adding activities and sold locally at a developmental price.

“We are looking at more investment coming in especially in the chrome sector which is a bit short-changed for now because of the high financial requirements that go with the machinery. If you are a chrome miner, you would need an excavator, a dumper truck but as long as you don’t have that within your reach, it is difficult for you to mine chrome at a large scale,” she said.

Mining is capital intensive. According to Chamber of Mines of Zimbabwe (CoMZ) the mining sector needs fresh capital investment to ensure that positive growth and viability is maintained.

The mining body says mining companies need over US$7 billion to recapitalise their operations over the next five years, from 2018 to 2022.

But the challenge is that local financial institutions have not been offering long term capital, making it difficult for mining companies to borrow for recapitalisation or to sustain output growth or undertake new projects.

Most of them need to replace antiquated equipment that has become inefficient and costly.

So there is an opportunity for mining investors to chip in and explore these massive opportunities available in the sector. 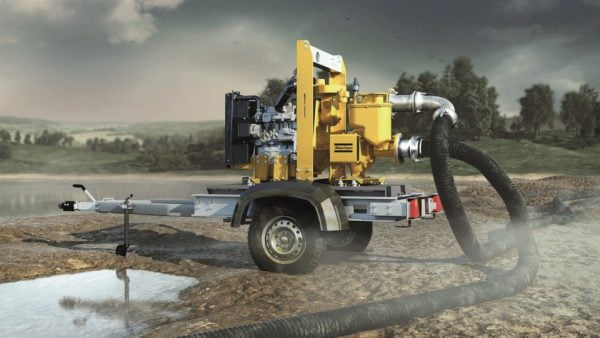 Small scale miners told Mining Zimbabwe that they needed machinery to carry out their activities.

“We need small machinery that actually carry the order of the day in the gold mining industry. For instance, with the rain season looming you find that our miners lack small machinery like compressors, dewatering pumps, generators, explosives,” Rushwaya said.

“These are some of the small items where we are saying if people come up with organized-based mining within the communities where they operate, it’s easier for government, for instance, to assist in their form of scheme. Our miners are not keen to receive funding in the form of cash. They are keen to receive funding in form of the machinery. Let’s empower them with requisite machinery and that way we won’t go wrong,” she said.

For every direct mining job approximately three jobs are created in other sectors. Jobs are created in the industries that either supply goods and services to the mining sector, or use mining products for downstream value addition and so on. The mining sector is estimated to employ 45 000 people formally and about 200 000 people informally. Women can find employment at the different stages of the mining value chain. The industry also offers employment to both skilled and non-skilled women.

For skilled women, the sector absorbs women trained in technical fields such as geologists, metallurgists, technicians and also those with  soft skills such accountants, lawyers, human resources practitioners.

As such, women and youth must take advantage of the employment opportunities that arise in other sectors through increased local content and enhanced linkages in the mining industry.

Mining is a technical sector. Possession and utilisation of requisite skills is one of the key determinants on viability of mining projects. Apart from free technical advice from the Ministry of Mines and Economic Development, small scale miners, including women should pursue other training options, particularly with the Zimbabwe School of Mines (ZSM).

ZSM offers short training courses and diplomas to at affordable rates. So, ZSM and other institutions should take advantage of this and offer tailor-made courses for small scale miners.

Mining sector in Zimbabwe has created more than 45,000 formal jobs and more than 200 000 artisanal miners. With such huge numbers, women and youth can supply goods and services such as catering, personal protective, financial services, drilling, metallurgical, geo-mechanics, to name just a few, throughout the mining value chain. 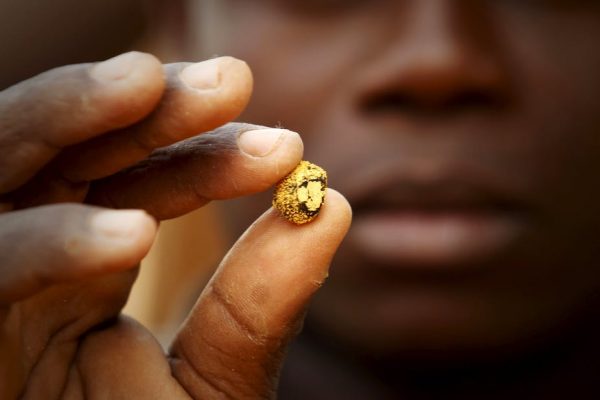 Government through its gold buying unit, Fidelity Printers and Refiners has issued out about 21 gold buying licences for small scale miners in a bid to stop illicit gold outflows.

Rushwaya said the move by government has actually made their members gold buying agents.

“So our small scale miners are now going to be gold buying agents in various gold mining districts where they operate. So if you are a member for instance, Umzingwane Association, one of your association members would be a buyer. This has been necessitated by the fact that there are certain quantities whose Fidelity Printers does not buy,” she said.

She said they started with a number which they thought could be used for experimental purposes “which is 105 agents.” 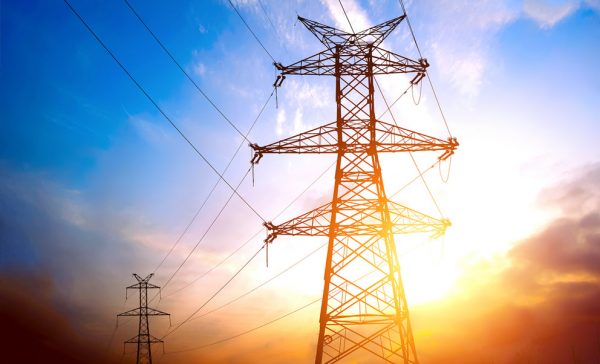 One of the challenges faced by the mining sector is the cost of electricity which remained high, hampering the viability of mineral producers.

Current commercial tariffs from the Zimbabwe Electricity Transmission and Distribution Company on average range from $0,13/KWh for on-peak usage, $0,07/KWh for standard usage to $0,04/KWh for off-peak usage.

This is the highest in the region.

Such challenges present a good opportunity for players in the energy sector to establish power generation plants in the country to cater these miners.