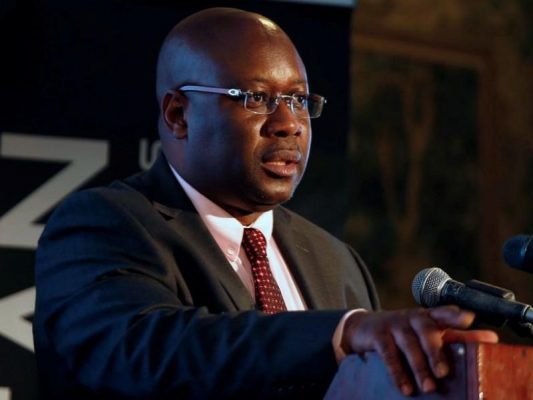 THE Government has introduced a gold support price aimed at addressing production challenges affecting miners and increasing formal deliveries of the yellow metal.

The incentive has been introduced through the Reserve Bank of Zimbabwe’s subsidiary, Fidelity Printers and Refiners, the country’s sole gold buyer. According to ZBCtv, Mines and Mining Development Minister Winston Chitando on Monday said the new gold support price was a reflection of the Government’s commitment to providing incentives to productive sectors that have potential of facilitating economic growth.

“We are confident of the current measures and their effects on viability, so the support price is a reflection of that commitment,” he said.

As part of efforts to restore business confidence and profitability, Fidelity Printers on Monday announced the introduction of a gold support price of US$44 000 per kilogramme and US$1 368,55 an ounce.

In an interview yesterday, Zimbabwe Miners’ Federation chief executive officer Mr Wellington Takavarasha said while the artisanal and small-scale miners dominate production and deliveries to Fidelity Printers, it was imperative for the gold buyer to continuously review the gold support price based on economic conditions.

“We welcome such efforts but it is through a review of the pricing mechanism that can guarantee us future business as we seek to unlock value in the entire sector,” he said.

Government has this year set a target of 40 tonnes of gold deliveries to Fidelity Printers up from the 33,2 tonnes delivered in 2018.

During the period under review, small-scale miners accounted for 21,7 tonnes of the total output, compared to 11,5 tonnes by the primary producing gold mining firms.

Meanwhile, Gwanda-based Blanket Mine parent company, Caledonia Mining Corporation, has requested clarity from Fidelity Printers and Refiners on the modalities of the new gold support price.

“The announcement by Fidelity states that to incentivise gold production in Zimbabwe, it will pay an incentive price over and above the contractual purchase price.

“This incentive price will be $44 000 per kilogramme ($1,368,55/ounce), a premium of approximately $86/ounce (6,7 percent) on the current prevailing London Bullion Market Association (LBMA) Spot price,” Caledonia wrote on its website.

“At this stage it is unclear how long the gold support price will remain in place, how, when and by what rationale it may be adjusted in the future and whether the additional income associated with the gold support price will be subject to Zimbabwean income tax or royalty deductions. Caledonia has made requests for clarity on these issues and will notify the market in due course if appropriate.”

Efforts to get a comment from Fidelity Printers and Refiners general manager Mr Fradreck Kunaka were unsuccessful as he was said to be out of office. Chronicle