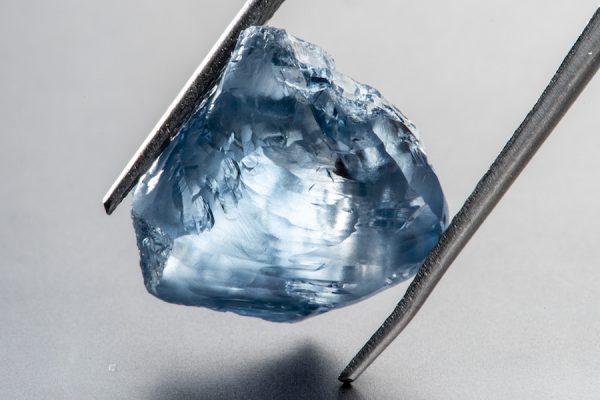 Canada’s Lucara Diamond (TSX:LUC) has unearthed yet another massive gem-quality rock at its prolific Karowe mine in Botswana.

Year to date, Karowe has produced 10 diamonds greater than 100-carats and six larger than 200 carats, including two high quality stones weighing 341-carats and 378-carats, both found in January.

“The benefits of a South Lobe dominated mine-plan continue to be realized in 2021 and underpins our confidence in the ever-improving Karowe resource as we mine deeper in the open pit to 2026 and move into underground mining out to at least 2040,” chief executive Eira Thomas said in a media statement.

BMO Capital Markets analyst Ray Raj said in a research note on Tuesday that the diamonds found in May by Lucara would likely boost further the company’s 2021 revenue and cash flow potential.

“[There are] a number of other high value stones still to be sold, which in our view could work to offset any potential weakness in the diamond market from coid-19 effects,” Raj wrote.

“We see additional potential for some upside to Lucara’s 2021 revenue (depending on timing of sales) given that their guidance of $180 to $210 million does not include assumptions for higher value stones [recently found],” the analyst noted.

Botswana renewed in January Lucara’s mining license earlier for another 25 years. This allowed the company to move Karowe’s underground expansion project to its execution phase.

The $514 million underground extension of the mine is expected to take five years and extend Karowe’s productive life for at least another 13 years after the open pit ceases operations in 2026.

The development will allow Lucara to exploit the highest value part of the orebody first and generate over $5.25 billion in gross revenue.