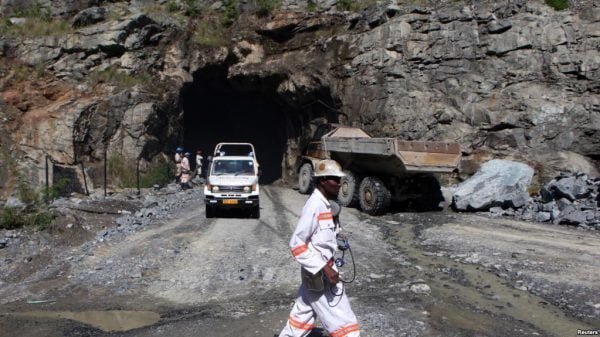 The mining group has operations in gold and diamond sectors and is currently advancing projects such as the 178MW solar power generation, Sengwa Thermal Power Station and the Biological Oxidation (BIOX) projects.

“These projects are hinged on an improvement in not only the local macro-economic environment but also on containment of the Covid-19 pandemic, which has resulted in most financiers adopting a wait and see approach due to the high level of uncertainty,” it said.

RioZim said a framework agreement for Phase two of the project, which entails expanding capacity from 700MW to a total of 2 800MW, was signed with the investment partner.

“The company, in conjunction with its investment partner, is in discussions with a potential financier for a targeted highly structured financing arrangement for Sengwa Phase l. While these discussions have been promising, the impact of Covid-19 has delayed the conclusion of this engagement,” said RioZim.

It said the BIOX project construction was negatively affected by the lockdown in South Africa and locally. This delayed the manufacture of key components as factories were closed.

“Civil works were halted for all of the second quarter due to lockdowns but work has commenced again in the second-half of the year. Funding of the project still remains a major stumbling block to project progression and commissioning within the targeted timelines.”

In terms of operational performance, the group recorded low production volumes of gold at 586 kilogrammes compared to the 962kg achieved in the comparative prior period. The low volumes were attributed to, among other challenges, acute power cuts, which resulted in depressed milling throughput, persistent mill breakdowns and lower grade ore from One Step Mine.

“Resultantly, the group’s revenue was subdued at ZWL$616,4 million. The low volumes were, however, partly offset by the favourable gold price, which averaged US$1,713/ounces; an increase of 27 percent from US$1,346/oz realised in the same prior period,” said RioZim.

The combined effect of low production attainment coupled with rising production costs, however, weighed down the company’s performance closing the period with a loss of ZWL$77,4 million, a decline compared to a profit of ZWL$38,2 million realised in the same prior period. At Murowa, RioZim said the business unit produced 250 carats compared to 390kcts in the comparative prior period. Consequently, the group realised a share of loss from the associate of ZWL$5,3 million. The decline in production was as a result of a decrease in the ore grade as the mine extracted ore from a lower grade pit.

Chinese mine summoned for underpaying workers, lack of PPE

“Given the decrease in ore grade, the company is working on expanding processing capacity to shift the operations to a low grade, high volume model. This project has stalled due to insufficient foreign currency and unavailability of funding to fast track and complete the project,” said the mining group.

On the base metal business, RioZim said its Empress Nickel Refinery (ENR) remained under care and maintenance during the review period.

“In the first quarter ENR focused on furnace relining and accumulating feed material for matte production,” it said.