The small-scale mining sector has of late become one of the pillars of the economy of Zimbabwe contributing significantly to national fiscus.

The small-scale gold mining sector contributes up to 12 percent of total exports cementing its position in prop (up) the country to achieve the President’s vision of an upper-middle-income earner by 2030 as well as the mining sector becoming a US$12 BILLION earner by 2023.

2020 has not been a good year in terms of business due to the Covid-19 pandemic which forced governments to lockdown many businesses. Mining in Zimbabwe was however not restricted from operating but the effects of the pandemic in terms of marketing and selling of minerals were widely experienced.

Despite all the obstacles in the mining sector, small scale miners still managed to return their mark as the biggest gold and chrome producers in 2020.

However, the sector has continued to be linked with informal activities with the current Mines and Mineral Bill under heavy criticism of trying to close down all the activities of small-scale miners to create a medium scale. 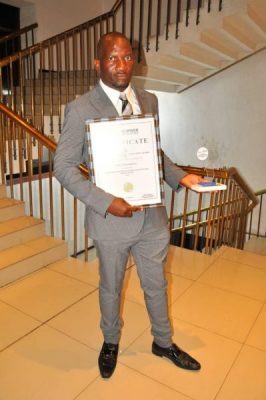 Mr. Pedzisai Scott Sakupwanya is a gold buying agent as well as Better Brands Jewellery (BBJ) founder. Through BBJ Sakupwanya has empowered many youths in the country in a time where unemployment is at its highest level by allowing them to work on his several claims around the country. BBJ has over 5000 youths operating at Redwing mine in Manicaland under tribute for the next several years. Apart from Manicaland, BBJ has empowered many youths in Mashonaland and Matabeleland regions providing them with equipment and capital. BBJ delivered over 850 kilogrammes of gold to Fidelity Printers and Refiners (FPR) in 2020.

Sakupwanya encouraged small-scale miners to practice social corporal responsibility when he led his company to donate 100 tonnes of maize-meal to vulnerable groups affected by the COVID-19 pandemic.

Sakupwanya was named the most influential and innovative mining director by the Institute of Corporate Directors Zimbabwe (ICDZ), while the Chartered Institute of Project Managers Zimbabwe (CIPMZ) recognised him as one of the top executives under 40 in 2020.

Marufu Sithole is currently Zimbabwe Miners Federation (ZMF) Acting President who has proven that artisanal mining like operations in small scale mining can become a thing of the past.

Sithole has been engaging different artisanal miners into a formalised mining setup where he encourages them to set up syndicates and sometimes provide them with capital to kick start their endeavour to formalised mining.

In 2020 Marufu delivered over 55 kgs of gold to the country’s sole gold buyer and exporter Fidelity Printers and Refiners (FPR) from his mines leading by example that miners should sell their productions to FPR.

Sithole through his mine Chimona Mining has been leading in social corporate responsibility in 2020.

The mine scooped the 2014 Corporate Social Responsibility award in the Small-Scale Mining Sector at Mine Entra 2014 as well as Zimbabwe National Chamber of Commerce 2014 National Small-Scale Miner of the Year.

Mr. Spencer Tshuma is the Director and founder of Tshuma Milling as well as the Director of Abacus Mining Investments operating around Chegutu, Kadoma and Kwekwe. Tshuma has been assisting several small scale miners around the country with mining equipment and capital. Many miners have received trucks and excavators from the miner these miners include Zimbabwe Miners Federation Youth in Mining chairperson Mr. Timothy Chizuzu.

Tshuma through the National Environment Awareness Trust (NEAT) and Kadoma Miners Association donated groceries to windows affected by the pandemic in Kadoma and has sponsored youth sporting activities.

In June 2020, Tshuma handed 30 tonnes of maize and 60 tonnes of maize meal to His Excellence the President of Zimbabwe, Emmerson Dambudzo Mnangagwa towards benefit communities in Bulawayo affected by the lockdown.

Johanne Sithole is the Managing Director of Murasta Mining as well as a member of the Zimbabwe Miners Federation and the Kadoma Miners Association. Sithole reportedly employed interns of Harare Institute of Technology (HIT) in 2020 to use computer-aided valuation and mine design systems to provide great facilities in project development and planning to curb mine accidents and increase mining transparency.

He also through National Environmental Awareness Trust (NEAT) donated USD thousands wealth of food to the less privileged during the lockdown period and is also known for supporting local youths through different sustainable projects.

Through his Murasta Mining, Sithole also empowers other small-scale and artisanal miners with equipment and other consumables. 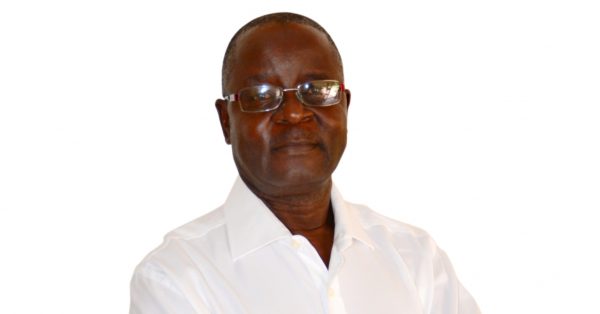 Engineer Chris Murove is a Former Zimbabwe Miners Federation (ZMF) Deputy President, Former President and CEO of Zimbabwe Artisanal and Small-Scale for Sustainable Mining Council (ZASMC) and currently the Managing Director and owner of Munyati Milling (Pvt) Ltd, a mining and mineral processing company operating within the small-scale gold mining sector. The company has developed a model to formalise artisanal mining by embedding artisanal miners in small-scale mining claims in a structured and sustainable manner.

Murove has also developed his mine by employing graduates from the school of Mines as a way to professionalize his mining ventures. He employs youth and promotes gender equality. His mine development has a major focus on continuous improvement and growth of the artisanal sector to small scale then to medium scale. Engineer Murove’s mining ventures have a major focus on research and innovation.

Engineer Murove has been also writing articles and researching as well as implementing alternative methods to mercury in gold recovery. Some of his proposed measures have been embraced by a large number of miners as a way of safeguarding the environment from the dangers of mercury. He is also regarded as the voice of reason in the sector and is nothing short of a legend in the sector. 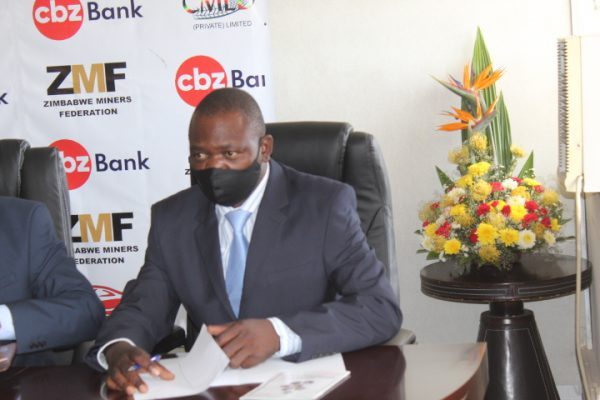 Nyenje has taken tours around Mberengwa and Zvishavane teaching small scale miners on the importance of worker’s safety as well as their health, to ensure that the community benefits from mining activities and to prevent pollution and environmental degradation, and ensure sustainable management and use of natural resources while promoting justifiable economic and social development. Nyenje also owns Rose 25 custom milling which he has been developing to function as a gold service centre to ensure that leakages of gold are minimised in the country.

Nyenje has also been supporting small scale miners to venture into iron mining and smelting as well as small scale steel manufacturing. He is also working with the Minerals Marketing Corporation of Zimbabwe (MMCZ) to ensure that women iron ore miners in Mberengwa operating in Buchwa Mountain find a lucrative market for their iron ore which they have been struggling to sell.

Nyenje is an accountant by profession with a Higher National Diploma, he is also pursuing a Hon Degree in Accounting with Zimbabwe Open University (ZOU). 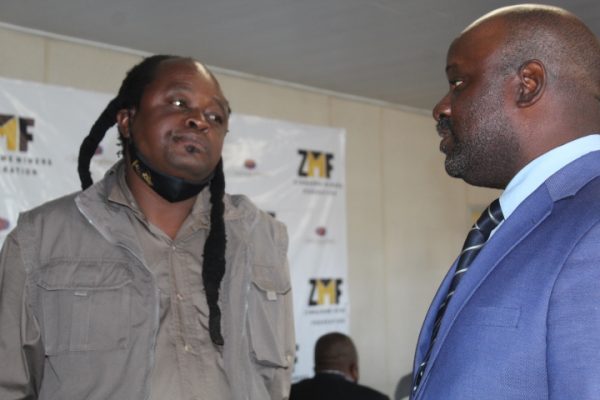 Philemon Mokoele is currently Zimbabwe Miners Federation (ZMF) Secretary for the General Council. Mokoele has been pivotal and vocal this year when it comes to small scale mining growth and development.

Mokoele has been encouraging small scale miners to grow from small scale mining to medium scale and has been leading by example at his mine by creating both vertical and inclined shafts at his mine with steel and concrete headgears. The headgear supports wheel mechanisms for suspending winding cables that transport workers and ore up and down deep level shafts.

Mokoele has also called for the government to educate miners on issues of Exclusive Prospecting Orders (EPOs) and has also called on the Ministry of Mines to include small scale miners in terms of budget allocation to help speed the growth and development of small-scale mining to medium scale.

He has been encouraging small scale miners to improve from artisanal operations to imitating large scale mines like Blanket Mine in Gwanda. He has also spearheaded the rescue of tens of miners trapped underground after shaft collapses in his province. 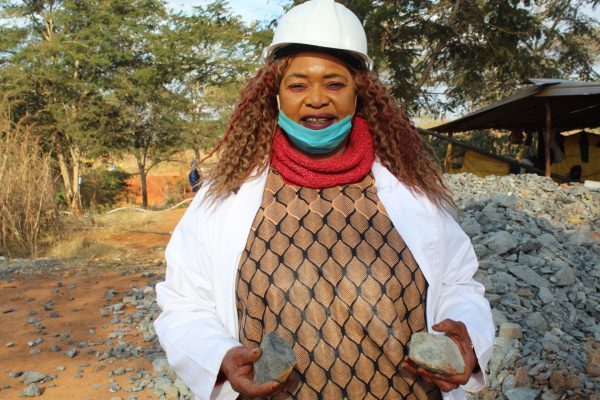 The late Sheila Mabasa was a Director and biggest shareholder of Moflegosh Mine in Norton. She was also a member of the Norton Miners Association as well as a member of the Zimbabwe Miners Federation (ZMF).

Through her mine, Mabasa proposed a model where she was going to supply several communities in Norton with fresh purified water from her mine. Moflegosh mine is also currently supplying fresh water to the residents of Norton Police station. She had also promised to build houses for the police officers at the station after a fire destroyed several blocks last year.

The mine has an operating a horticulture site that supplies Norton with fresh farm produce. Norton like Harare has challenges with a consistent supply of clean water. Mabasa has also been involved in various community development schemes as well as awareness campaigns for women empowerment.

Mabasa sadly passed away on the 31st of December 2020. Norton Member of Parliament Temba Mliswa on Twitter claimed she succumbed to Covid-19.

Jean Rheiner is a geologist by profession who started mining in the 1980s with an interest in tantalite, he then moved into the gemstone subsector as both a miner and geologist in 1995. Rheiner has created an empire through gemstone mining however, complications around the export of gemstones have been wearying his business down.

Rheiner like many other gemstones miner’s belief that the gemstone sector in Zimbabwe has the potential to create a billion-dollar industry in the country. Besides mining gemstones, Rheiner is involved in the value addition of the stones where he is famous for supplying jewellery to the Zimbabwean community with some exported to the countries in the European Union.

Rheiner has proven that through the gemstone industry small-scale miners can create a formidable and cash cow industry. The government has constantly called for value addition in Mining, Rheiner has proven that small scale miners can add value to their productions that they can gain more from mining. Value addition has been at the centre of the government for the mining industry to achieve a USD12 billion mark by 2023.

Rheiner is arguably the most experienced Zimbabwean in the gemstone business and his vast knowledge should be utilised by those intending to grow in the semi-precious sector. 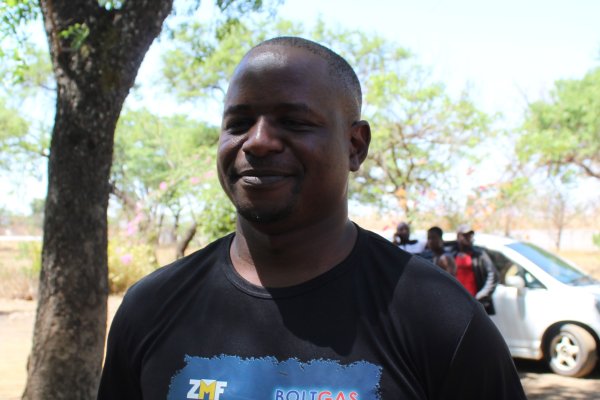 Timothy Chizuzu at 35 years is a miner, mining consultant and Environmentalist with 15 years’ experience in consultancy.

Chizuzu is currently the Zimbabwe Miners Federation (ZMF) Youth in Mining Chairperson as well as Zimbabwe Prospectors Association (ZPA) Secretary-General. He is also the founder of the National Environmental Awareness Trust (NEAT). NEAT is a Non-Governmental Organisation that deals much with environmental activities. Our main activities are awareness and advocacy. We move around educating people on safe practices of mining, how to keep our environment safe and clean, how to manage our affluence as miners.

Chizuzu has been vocal on mining safety in 2020 and organised several workshops on the health and safety of mineworkers.

He has also engaged the services of professionals (mining graduates) on his mining concessions to have professional mining operations. He has also called for small-scale miners to employ graduates as a way to professionalize the small-scale and artisanal mining sector. He through different platforms also called for the graduates from different fields of mining to form syndicates or register companies and peg their own claims and implement what they learnt from school.