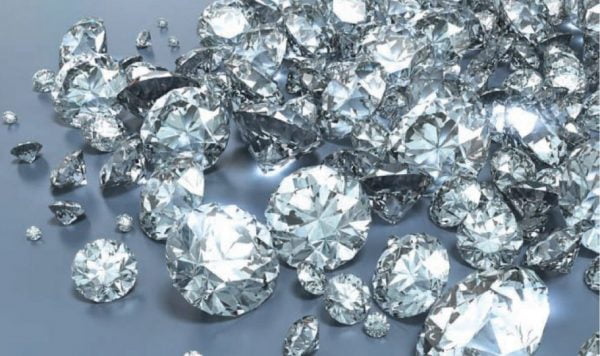 The Zimbabwe Consolidated Diamond Company (ZCDC) says production is expected to increase to 3 million carats this year following a number of initiatives put in plce to improve operational efficiency and productivity.

ZCDC acting chief executive officer Mr. Roberto De Pretto told The Sunday Mail Business that the company had put in place strategies to ramp up production after failing to meet its 2019 target.

“In 2020, ZCDC is targeting to produce 3 million carats buoyed by several strategic initiatives aimed at improving operational efficiency and productivity. Among these strategies are the following key initiatives — access to international markets, sustainable alternative power solutions, enhanced investment in exploration, business processes optimization as well as capacity optimisation and utilisation,” he said.

The company had projected to produce 3 million carats in 2019 but fell short of its target owing to a myriad of challenges.

“This was due to several challenges experienced in 2019, chief among them power outages, inadequate fuel supply in the local market, effects of Cyclone Idai to both Chimanimani and Chiadzwa operations,” said Mr De Pretto.

He said the diamond mining firm had started the process of offsetting the huge legacy debt it assumed from the seven diamond mining companies that operated before its establishment in 2016.

The seven firms that mined diamonds in Marange and other areas had their licences withdrawn. Their operations were consolidated under ZCDC.

“Following the resumption of sales in June 2019, ZCDC’s financial position has improved and the company’s cashflow capacity is sufficient to meet its financial obligations as they fall due.

“A comprehensive legacy debt management framework was submitted to the Ministry of Mines and Mining Development to deal with legacy debts incurred before the establishment of ZCDC,” said Mr. De Pretto.

ZCDC is in the process of scanning the whole country to identify potentially viable diamond deposits as part of its efforts to increase the gem’s output.

“Since its inception, ZCDC has been investing in exploration projects across Zimbabwe. Last year, the company completed an airborne survey in Mwenezi during a kimberlite mapping exercise. Several exploration targets have been identified across the country and are at various states of evaluation,” said Mr De Pretto.

The company has also engaged strategic partners through joint ventures to undertake exploration projects in the country, among them is the one with Alrosa.

Security guard arrested for murder at Lyn Mine

As part of its corporate social responsibility, ZCDC is undertaking various projects aimed at ensuring that communities around its operations benefit from the natural resource.

“Approved projects are undertaken in communities where mining operations are taking place.

“The company follows a three-tier corporate social responsibility policy which looks at the immediate community, Manicaland Province and the nation in tiers one, two and three respectively.

“To date, several projects in the education, agriculture, enterprise development, health and infrastructure clusters have been undertaken. This is always in consultation with the local communities,” said Mr De Pretto.